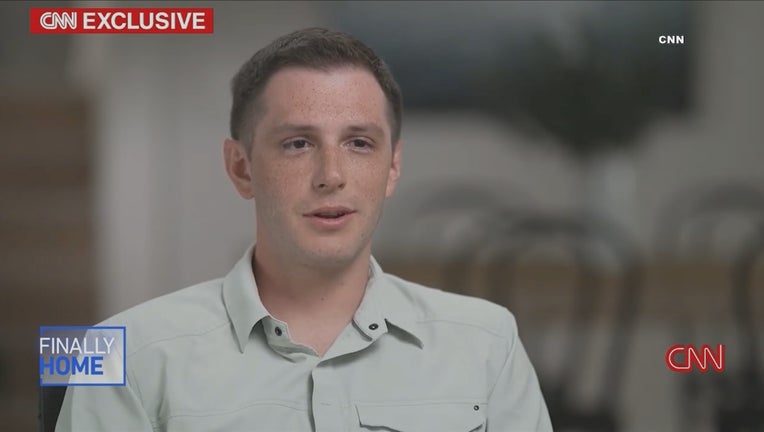 DALLAS - A Texan who was set free in a prisoner exchange is working to help other Americans detained in Russia.

Trevor Reed was sentenced to nine years in prison in July 2020 when he was accused of attacking a Russian police officer.

Reed maintained his innocence and the United States government called the charges phony.

He was freed last month in a prisoner exchange with the country.

RELATED: Trevor Reed back home in Texas one day after Russian prisoner swap

Trevor Reed back in Texas after being released from Russian prison

A North Texas Marine Corp veteran Trevor Reed is back in Texas after more than two years in a Russian prison. It's due to a prisoner exchange arranged by the White House.

His parents, who live in Granbury, never stopped advocating for his release. They met with President Joe Biden earlier this year.

Administration officials said it took months of behind-the-scenes work in government to free him.

In his first interview since returning home, Reed told CNN he lost 45 pounds in custody and thought he’d never make it out.

"The longer that I was in there, the more dedicated I was to not allowing them to break me," he said. "Maybe I would’ve died. But psychologically, they never would’ve broken me."

He is still getting used to being back home.

"The last couple of days, it’s been more real to me. But there’s a time there where you just don’t accept that at all. That you’re back. You can’t understand that you’re actually free."

Reed also said he had hoped that another American, Paul Whelan, would be set free in that same prisoner swap.

"When they told me that I was leaving, I thought that Paul was leaving with me. And when I found out they left him, that was tough," he said. "The fact is that the United States should have gotten him out and we have to get him out at any cost."

Whelan remains in prison in Russia where he has spent three years on charges of spying.

WNBA star Brittney Griner is also imprisoned in Russia after being accused of trying to smuggle drugs into the country.