FORT WORTH, Texas - The Republican primary for Tarrant County Judge is one of the most attention-getting races in the region this election cycle.

There are five candidates for the open seat, but the front runners are former Fort Worth Mayor Betsy Price and former Tarrant County Republican Chair Tim O'Hare.

Both are running TV ads, with O'Hare attacking price as a liberal supporter of Black Lives Matter and critical race theory and Price saying O'Hare is lying about her record.

"This is definitely a test beyond the two candidates. This is a test... ideological test of Tarrant County Republican politics and where that's going to go," said Republican political consultant Vinny Minchillo.

The primary pits the traditional Republican, Price, against the new Trump Republican in O'Hare, who has the endorsement of the former president.

"Anytime you can do something that's going to raise the profile of your candidacy, that’s going to work to your advantage," James "Jim" Riddlesperger, TCU political science professor.

But Riddlesperger says O'Hare is not well known.

"Among Republican activists he may be well known but that’s only a small portion of people who'll participate in the primary," Riddlesperger said.

O'Hare is appealing to the far right by painting Price, a Republican who has never lost an election, too liberal for Tarrant County.

"That's the rallying cry and I think it’s kind of interesting...you know one of his big things is that he's going to fight critical race theory. Well that's not the job of the county judge, but if that's what gets votes, that's that he's going to say," Minchillo said.

"It’s a microcosm of a contest that’s taking place in the Republican Party. Not just in Tarrant County, but statewide and even nationally," Riddlesperger said.

It’s seemingly a fork in the political road for Tarrant County Republicans.

"This is going to be a big test that’s beyond who becomes county judge," Minchillo said. "You have two candidates trying to tell two different stories, so that makes it interesting. You've got Betsy Price trying to tell that fiscal conservative story."

"You know CRT and all the other things and those things right now are turning out voters. It was successful in the Virginia governor’s race. Can it be successful in Tarrant County?" Minchillo said.

There are three others vying for Republican votes in this primary race for Tarrant County Judge: Byron Bradford, Robert Buker and Kristen Collins. That’s enough that the primary could require a runoff. 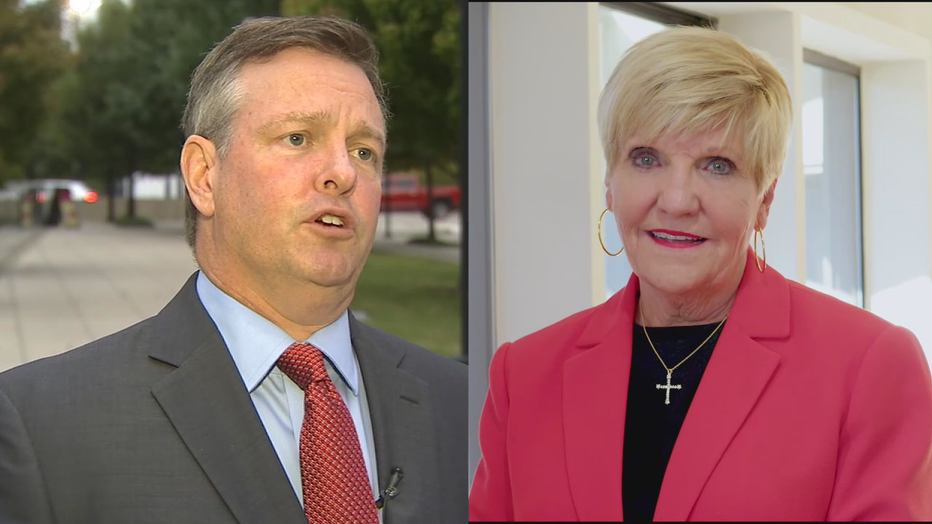