While a North Texas state senator says lawmakers must come up with new legislation to help homeowners with climbing property taxes, some public policy groups say the state has extra revenue that can help.

DALLAS - Texas voters have a chance to cast ballots on two propositions that could impact property taxes.

Early voting starts Monday for the May 7 statewide election.

While a North Texas state senator says lawmakers must come up with new legislation to help homeowners, some public policy groups say the state has extra revenue that can help.

Texans are caught in a vicious cycle: high home prices raise market value and then raise home appraisals even if you've made no improvements. Without a new income stream in the state, the cycle is hard to break. 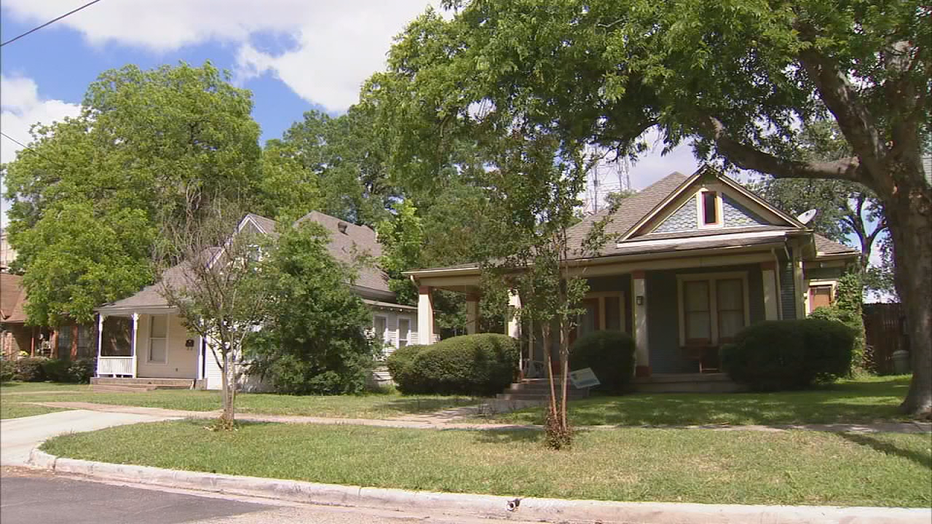 Mary Oliver cast her ballot on the first day of early voting for May 7municipal and school board elections and two statewide propositions.

"Proposition 1 and Proposition 2 if you vote for will reduce our real estate taxes," she said.

"Up to $40,000 of your property will be exempt from taxes based on homestead exemptions, and then it would be calculated from there," explained State Sen. Royce West (D-Dallas.)

A majority of North Texas home appraisals are increasing this year. That’s not really a surprise, but some homeowners are shocked at 50% increases in their home value.

It’s about a $175 savings at a time when appraisals are through the roof.

"The way our tax system is set up currently, when property values go up – and we all know what's been happening – the state collects more money. It's just as simple as that," said SMU economics professor Mike Davis.

What's not simple is a solution.

"We don’t have a state income tax in Texas, and we don’t want it," West said. "And so we've got to figure out a way to make certain that municipalities and governmental entities have the resources necessary to deal with fire, law enforcement, all of those essentials streets and all that without taxing us out of our homes."

"Local government officials have the discretion to adopt a tax rate that recognizes the value increases that everybody's experiencing," he said. "So they can adopt lower tax rates to compensate for higher values."

Texas public schools get more than half of all property tax revenue. Because of the state’s robust economy, legislators have billions in extra dollars.

The Public Policy Foundation is proposing those monies go to education.

"If the legislature applies the $15 billion or so, it’s going to have in extra money down to the school district level and does so consistently over the next few years, we can actually eliminate school district maintenance and operation tax, which will provide immediate tax relief for taxpayers," Quintero said. "It will eventually end Robinhood, and it will go a long way toward controlling state government spending."

West says something has to be done to help property owners.

"Those that can least afford it in this inflationary cycle that we're in will end up not paying their taxes, ultimately getting forced out of their homes," he said. "We can’t have that in the state of Texas."

West says he expects lawmakers on both sides of the aisle will work together to come up with new regulations around appraisals that will give property owners some relief. But that won’t come before the next legislative session in 2023.