Some Texas lawmakers are pushing for police reform in the wake of the death of George Floyd and others.

DALLAS - Some Texas Democratic lawmakers are pushing for police reform in the state with a planned bill that’s named after George Floyd.

The legislation is a detailed checks and balances update on criminal justice reform, hoping to change the way officers interact with each other and anyone they are arresting.

One bold change would be ending qualified immunity, the judicial doctrine shielding government officials from liability from certain violations.

There will be specific instances outlined concerning when force can be used. 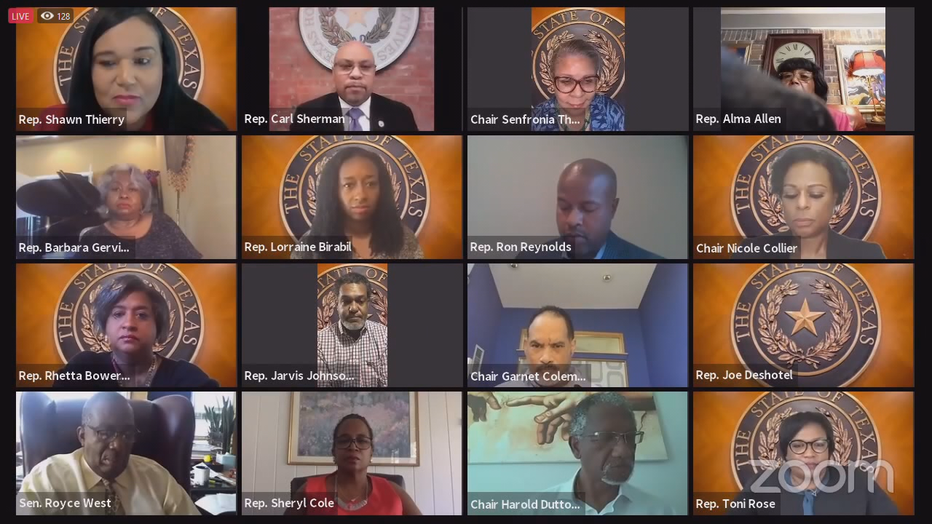 Also, if an officer sees a colleague using excessive force, he or she would be required to step in.

Floyd’s brother, who was part of a Zoom call on the legislation, said the changes are well overdue.

“I know he’s gonna be smiling and cheering on,” Rodney Floyd said. “Floyd was a great husband. He would hug everybody. Just to see the unity this has brought and the smiles on faces and I mean, Floyd was a loving man. He wanted equality for everybody.”

“We know it’s not gonna be easy but all of us stand together to make these reasonable recommendations and will invite our colleagues to be a part of it,” said St. Sen. Royce West, a Democrat from Dallas.

The change strictly prohibits chokeholds along with several other amended policies.

The goal is to protect the constitutional rights of all Texans.

The bill is expected to be introduced in January once the Texas Legislature reconvenes in Austin.