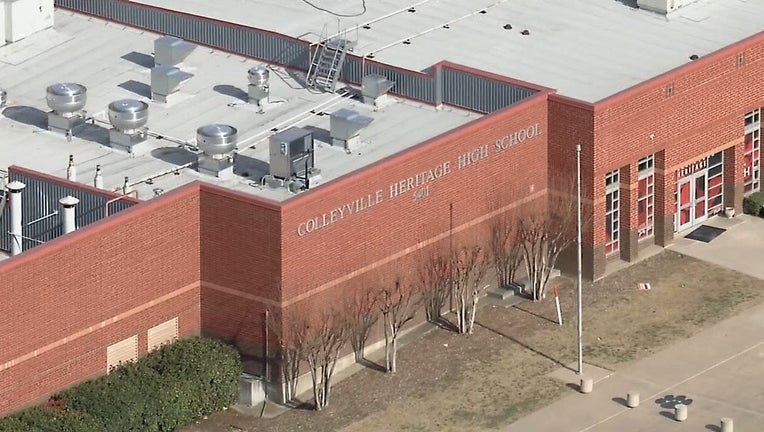 COLLEYVILLE, Texas - Police in the Fort Worth suburb of Colleyville arrested an 18-year-old for having a gun on a school campus.

Colleyville Heritage High School was locked down Tuesday after it was reported someone with a gun was at the school.

Police questioned two juvenile students and an 18-year-old who is not a student.

They did not find any weapons on those teenagers but did find a handgun inside a student’s vehicle.

The 18-year-old will face several charges including weapons and trespassing charges.

One of the juvenile students also faces a weapons charge.