Woman and child killed after walking away from car crash

A North Texas woman and her 3-year-old son were killed as they tried to get away from a wreck on Interstate 20 in Mesquite.

MESQUITE, Texas - A woman and a child were killed in a late-night crash in Kaufman County.

It happened around 11 p.m. Monday on westbound Interstate 20 near High Country Lane on Mesquite’s far east side.

Mesquite police said 30-year-old Jennifer Young's BMW stalled on the interstate after colliding with another car.

She was able to get out of the wrecked car with her young son but was then hit by another vehicle as she walked away from the crash. 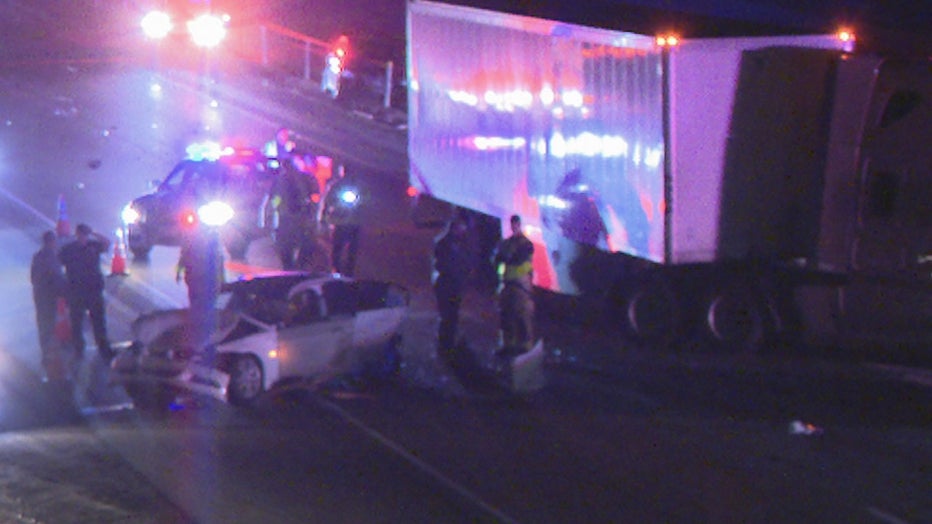 "She tried to get her child out of the car and whenever she retrieved her child as she was crossing the lane into the inside lane another vehicle came, saw her disabled vehicle at the last minute, tried to swerve to avoid that vehicle and ended up striking her and her child," said Lt. Brandon Ricketts with the Mesquite Police Department.

The impact killed both Young and her 3-year-old son. Police said they were from the Benbrook area.

An 18-wheeler also collided with the cars in the middle of the roadway after the fatal crash.

The interstate was shut down for several hours while police investigated.

4 arrested for murder of Mesquite 16-year-old