Dallas police say a young woman sleeping in her bed was likely an innocent victim of a drive-by shooting in South Dallas. A bullet went through her kitchen window and traveled to her room in the back of her family's home. Police say there's no reason to believe the family was a target.

DALLAS - Dallas police say a young woman sleeping in her bed was likely an innocent victim of a drive-by shooting in South Dallas.

The shooting happened around 2:30 a.m. Tuesday on Reynolds Avenue in a neighborhood near Interstate 30 and Dolphin Road.

18-year-old Crystal Rodriguez was killed when a bullet went through her kitchen window and traveled to her room in the back of her family's home. Police say there's no reason to believe the family was a target.

Rodriguez was taken to the hospital but did not survive.

Rodriguez's mother, Crystal Vital, says she has no idea who would have targeted her daughter.

Evidence markers reveal where bullets hit the home and a car parked in the driveway. There were shell casings on the ground.

Police are searching for who’s responsible. 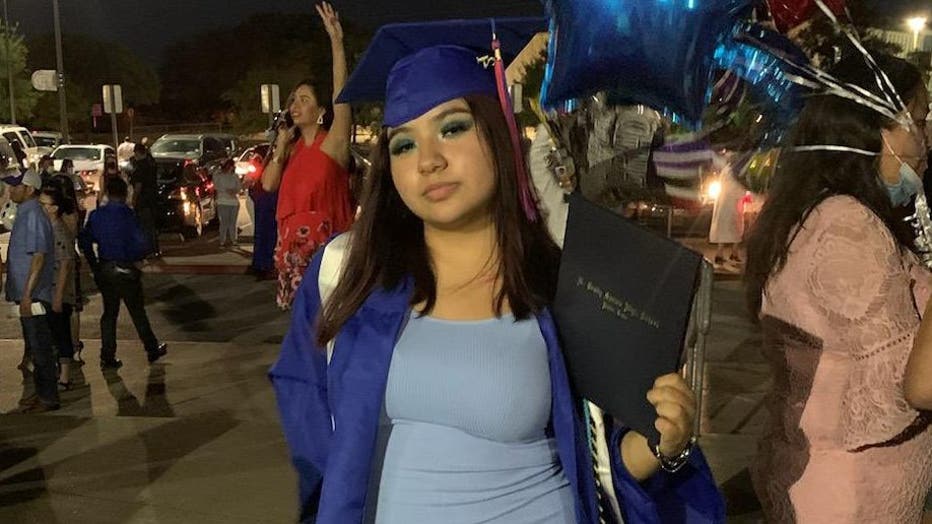 "The suspects that we’re looking for are cowards that have no respect for human life that shot indiscriminately into a home and took the life of an 18-year old woman. That’s their description," DPD Chief Eddie Garcia said.

The chief says there are no signs of criminal or risky behavior from ones living at the home that could’ve led to the shooting.

Rodriguez lived at the home with family, including two younger siblings, an uncle and her mother. Police don’t know if anyone else was a target.

Chief Garcia maintains his belief that his violent crime reduction plan of aggressively policing areas, or grids where violent crime is rampant, is working.

"Since the crime plan has been in place since May, we’ve reduced murder by almost 30%," he said. "So we need to continue those efforts."

As for the killing of Rodriguez, Garcia says his detectives are on the case.

"Our community needs to know that our detectives, our fugitive units, our apprehension unit, our SWAT team — we’re not going to stop until we find them," he said. "When we find them, I would like to be there to witness this apprehension."

Vital says Rodriguez was working to become a flight attendant. She says she has no idea why her life was taken.

"I don’t understand why someone would do this," she said. "Why would you want to harm me or my family, but you took my daughter’s life?"

Garcia said Reynolds Avenue in South Dallas is not a hotspot grid related to crime.

Police don’t yet have any clues about the suspect or suspects and are still investigating a motive for the murder.

Crime Stoppers is offering up to a $5,000 reward for information that can help lead to an arrest and indictment in the case. Tipsters should call 214-373-8477.