Bank 'jugging' in Richardson has police asking people to be aware

A Richardson woman says she was watched at the bank, then followed and assaulted by a robber who stole her money and valuables.

RICHARDSON, Texas - A crime known as jugging is making a resurgence in North Texas.

A Richardson woman says she was watched at the bank, then followed and assaulted by a robber who stole her money and valuables.

Lisa Steele could not believe what was happening when she left the post office at 400 Coit Road in Richardson on Dec. 16 about 10 a.m.

"My car was parked right here and I rounded the corner and a man was waiting for me and he asked me if I'd been to the bank. I said no and I pulled away trying to get closer to my car. He started grabbing my purse, he put his hand in his pocket said he had a gun," Steele said.

She struggled with him for her handbag.

"We continued to wrestle, even on the ground. I had a skinned knee, that was all that happened physically, but he ultimately got my purse," Steele said.

The suspect ran down the parking lot to a waiting car that sped to NorthPark Center and promptly used her credit card, just minutes after the attack.

Jugging is a scheme to catch people unaware and hit them as they leave a bank or other financial institution.

"I learned that word. I had no idea, so yes, bank jugging is now in my vocabulary," Steele said.

While she told the man she hadn’t been to the bank, she had. She got cash at a Chase Bank at Coit and Campbell, then drove south to the post office. And the suspect knew it.

"There were about four other ladies in line ahead of me waiting, so obviously I was his target," Steele said. 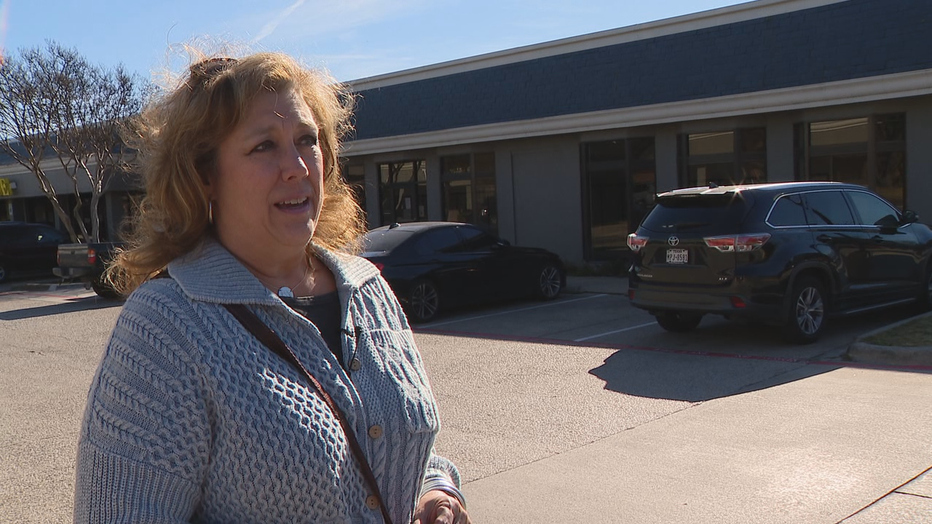 Richardson police say carry only what you need when you go out, try to notice people and vehicles, and don't try to fight back.

"You do have a couple a year that we see like this," said Ofc. Mike Wieczorek, Richardson police. "Let the property go, become the best witness that you can for us. At that point, observe everything you can, try to remember everything you can about the person

The brush with crime has a long-term effect.

Richardson police say jugging incidents happen in cycles and they want people to be aware when they are out and making purchases or visiting banks.