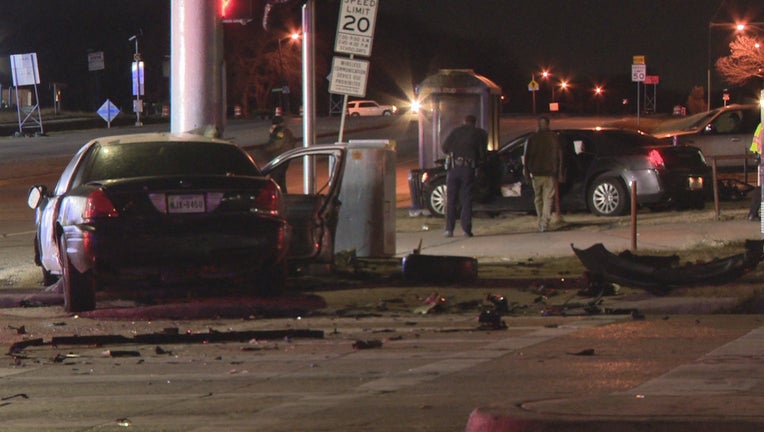 DALLAS - One person was killed, and several others were injured in a suspected drunken driving crash in southeast Dallas.

The two cars collided just after 11 p.m. at the intersection of Great Trinity Forest Way and Jim Miller Road.

Police said the 29-year-old female driver of a black and white Ford Crown Victoria was intoxicated and driving too fast.

She hit a gray Chrysler 300 with five people inside. Four of them were hospitalized with serious injuries.

The driver of the Crown Victoria was also seriously hurt and her passenger, 21-year-old Unique Brown, was killed.

Police did not release the name of the driver who caused the crash because she is still in the hospital awaiting surgery.

Rollover crash on I-20 in Arlington leaves 1 dead, 1 injured