TxDOT hosts meeting to determine future of I-345

There has been talk for years of tearing down a freeway in Downtown Dallas. TxDOT wants to know what you think before deciding.

DALLAS - The Texas Department of Transportation wants to know if people want to keep or tear down a freeway on the edge of Downtown Dallas.

The stretch of highway in the Deep Ellum area is only about a mile and a half long but more than 180,000 vehicles use it every day.

It runs between Interstate 30 and the Woodall Rodgers Freeway and connects Interstate 45 and Highway 75.

It’s important because it links parts of eastern and southern Dallas to economic opportunities north of the city.

But improvements have been needed for years. 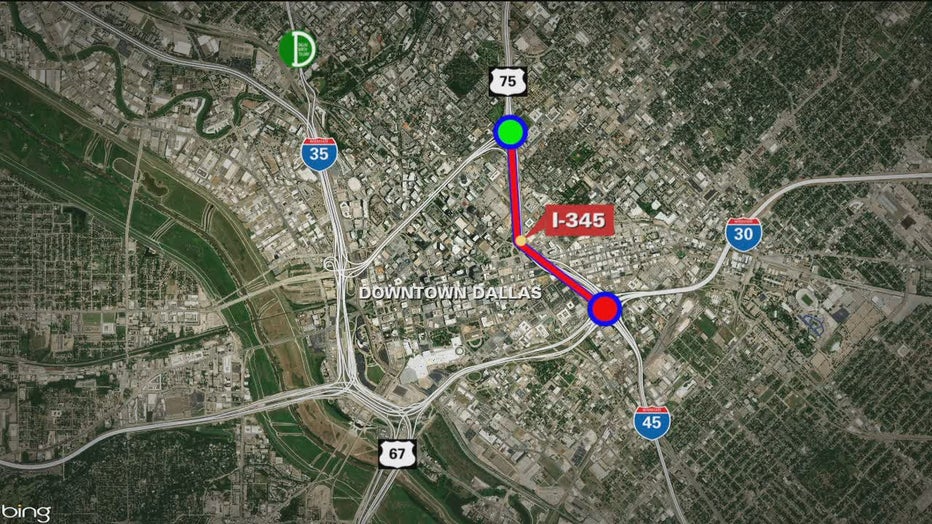 There are currently five options on the table. One of those options is to tear down I-345 and replace it with more green space and streets that better connect the neighborhoods.

Some favor the option of leaving it the way it is.

Other options would improve the stretch of highway, making it similar to the Central Expressway, where the lanes are lowered, and cross streets pass over the top.

And then there is a mixture of different options which include better access for pedestrians.

Two public meetings are scheduled this week for anyone who wants to give input on the project.

The first meeting is at 5:30 p.m. Tuesday at St. Philips School and Community Center Gymnasium near I-45 and Cedar Crest Avenue in South Dallas.

TxDOT said all attendees must wear a mask and will have their temperatures checked at the door as a precaution.

The second meeting will be at 3 p.m. Thursday at the Sheraton Dallas Hotel Ballroom on Olive Street in Dallas.