John Muns elected as next mayor of Plano

Good Day talks to Plano Mayor-elect John Muns about his campaign and vision for the city.

Muns beat City Council Member Lily Bao and Lydia Ortega by getting 53% of the vote.

He is an investor who was a former school board president and chair of the city’s planning and zoning commission. 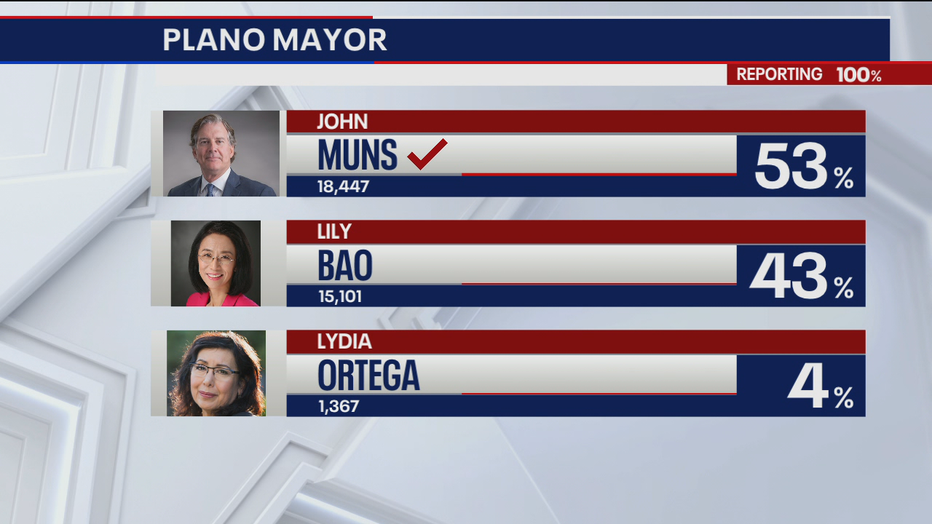 His father also served as mayor of Plano in the 1990s.

Muns outlined some of his priorities on Good Day Monday morning.

"Our roads are 40 and 50 years old. And so we do have some real priorities in our infrastructure to update that, renovate it and revitalize some of the areas that are quite frankly needing repair," he said.

Muns replaces Mayor Harry LaRossiliere who could not run for re-election due to term limits. 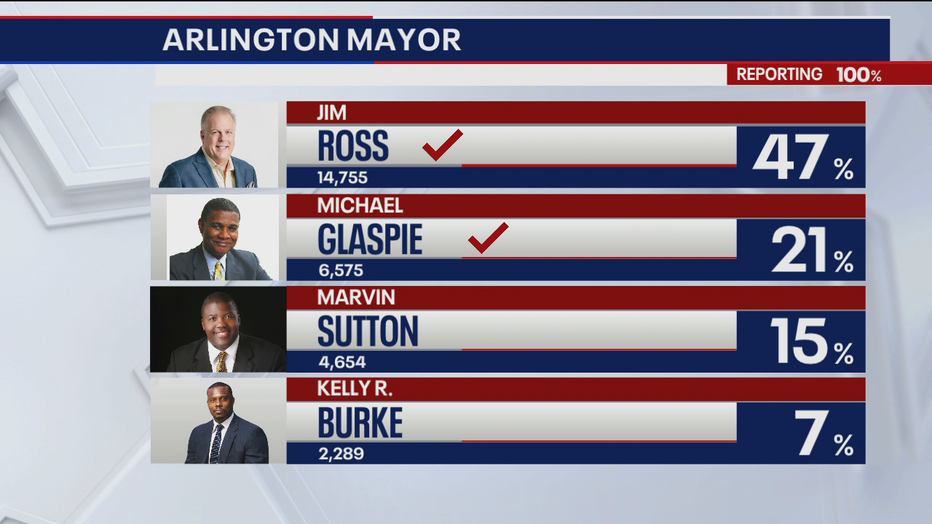 Meanwhile, the Arlington mayoral election is going to a runoff. Mayor Jeff Williams could not run again after serving three terms.

Former police officer Jim Ross just barely missed out on winning outright, getting 47% of the vote.

He finished far ahead of Mayor Pro-Tem Michael Glaspie, who had 21% of the vote in the eight-person contest.

The race for a new mayor in Fort Worth is also headed to a runoff.

Tarrant County Democratic Party Chair Deborah Peoples was the top vote-getter with 33% of the vote.

She was followed by Mattie Parker, who had 31% of the vote. Parker is a former aide to outgoing Mayor Betsy Price and had her endorsement.

For complete election results including races for mayor, city council and school board, visit fox4news.com/election.

RELATED: All 14 city council seats up for grabs in Dallas