The winter storm is gone but access to fresh water is still a problem for millions of Texans.

Some progress has been made in the effort to restore water to Texans but millions remain under a boil water notice.

Federal and state agencies are working together to get food and water to counties devastated by last week’s historic winter storm.

Trucks, planes and helicopters are part of a coordinated effort to distribute millions of bottles of water.

More water systems came back online over the weekend. Still, roughly a third of all Texans must boil their water before they can use it for drinking and cooking.

"We’re working with cities and localities as they work to get their water back up and running," said Gov. Greg Abbott. 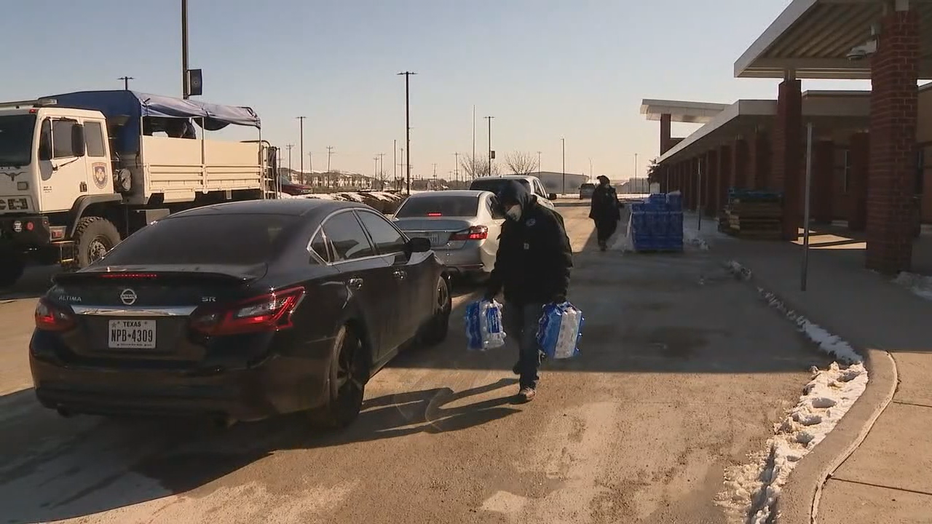 Over the weekend, many Texans found help at water distribution sites.

"We just wanted to make sure we had plenty of water to boil, cook and bathe and all of that," said Jarod Igo, who picked up bottled water from a distribution site.

Those with water damage in their homes spent the weekend salvaging what they could.

The number of homes, businesses and schools damaged by burst pipes is still being determined.

Most of the 4.5 million Texas customers who lost power during the storm now have the lights back on.