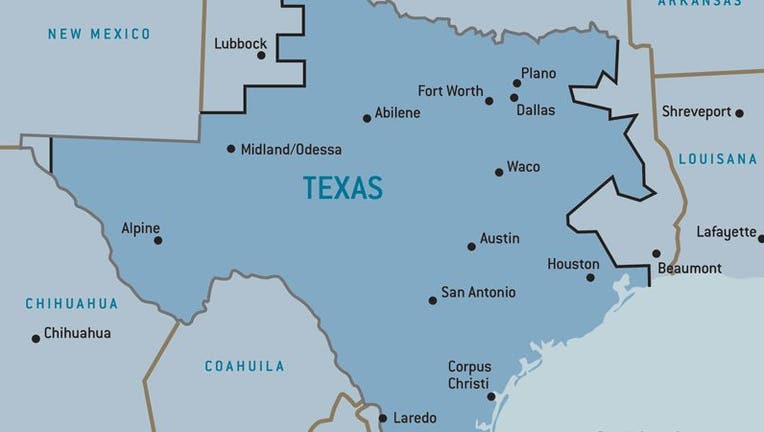 The Texas grid is called ERCOT, and it is run by an agency of the same name — the Electric Reliability Council of Texas. ERCOT does not actually cover all of Texas. El Paso is on another grid, as is the upper Panhandle and a chunk of East Texas. This presumably has to do with the history of various utilities' service territories and the remoteness of the non-ERCOT locations (for example the Panhandle is closer to Kansas than to Dallas, notes Kenneth Starcher of the Alternative Energy Institute in Canyon), but Texplainer is still figuring out the particulars on this.

The separation of the Texas grid from the rest of the country has its origins in the evolution of electric utilities early last century. In the decades after Thomas Edison turned on the country's first power plant in Manhattan in 1882, small generating plants sprouted across Texas, bringing electric light to cities. Later, particularly during the first world war, utilities began to link themselves together. These ties, and the accompanying transmission network, grew further during the second world war, when several Texas utilities joined together to form the Texas Interconnected System, which allowed them to link to the big dams along Texas rivers and also send extra electricity to support the ramped-up factories aiding the war effort.

The Texas Interconnected System — which for a long time was actually operated by two discrete entities, one for northern Texas and one for southern Texas — had another priority: staying out of the reach of federal regulators. In 1935, President Franklin D. Roosevelt signed the Federal Power Act, which charged the Federal Power Commission with overseeing interstate electricity sales. By not crossing state lines, Texas utilities avoided being subjected to federal rules. "Freedom from federal regulation was a cherished goal — more so because Texas had no regulation until the 1970s," writes Richard D. Cudahy in a 1995 article, "The Second Battle of the Alamo: The Midnight Connection." (Self-reliance was also made easier in Texas, especially in the early days, because the state has substantial coal, natural gas and oil resources of its own to fuel power plants.)

ERCOT was formed in 1970, in the wake of a major blackout in the Northeast in November 1965, and it was tasked with managing grid reliability in accordance with national standards. The agency assumed additional responsibilities following electric deregulation in Texas a decade ago. The ERCOT grid remains beyond the jurisdiction of the Federal Energy Regulatory Commission, which succeeded the Federal Power Commission and regulates interstate electric transmission.

Historically, the Texas grid's independence has been violated a few times. Once was during World War II, when special provisions were made to link Texas to other grids, according to Cudahy. Another episode occurred in 1976 after a Texas utility, for reasons relating to its own regulatory needs, deliberately flipped a switch and sent power to Oklahoma for a few hours. This event, known as the "Midnight Connection," set off a major legal battle that could have brought Texas under the jurisdiction of federal regulators, but it was ultimately resolved in favor of continued Texan independence.

Even today, ERCOT is also not completely isolated from other grids — as was evident  when the state imported some power from Mexico during the rolling blackouts of 2011. ERCOT has three ties to Mexico and — as an outcome of the "Midnight Connection" battle — it also has two ties to the eastern U.S. grid, though they do not trigger federal regulation for ERCOT. All can move power commercially as well as be used in emergencies, according to ERCOT spokeswoman Dottie Roark. A possible sixth interconnection project, in Rusk County, is being studied, and another ambitious proposal, called Tres Amigas, would link the three big U.S. grids together in New Mexico, though Texas' top utility regulator has shown little enthusiasm for participating.

Bottom line: Texas has its own grid to avoid dealing with the feds.

Got a question for Texplainer? E-mail us at texplainer@texastribune.org.

Texas Tribune donors or members may be quoted or mentioned in our stories, or may be the subject of them. For a complete list of contributors, click here.

"Texplainer: Why Does Texas Have Its Own Power Grid?" was first published at https://www.texastribune.org/2011/02/08/texplainer-why-does-texas-have-its-own-power-grid/ by The Texas Tribune. The Texas Tribune is proud to celebrate 10 years of exceptional journalism for an exceptional state.