&nbsp;A fugitive who police say shot a Burleson officer and murdered a woman during a carjacking was taken into custody Wednesday afternoon after a manhunt.

BURLESON, Texas - A fugitive who police say shot a Burleson officer and murdered a woman during a carjacking was taken into custody Wednesday afternoon after a manhunt.

Jerry Don Elders, 39, was arrested after ditching the truck and running into a wooded area off I-35. Burleson Police drove him to the Johnson County jail in Cleburne following his capture 80-miles away in Gainesville. 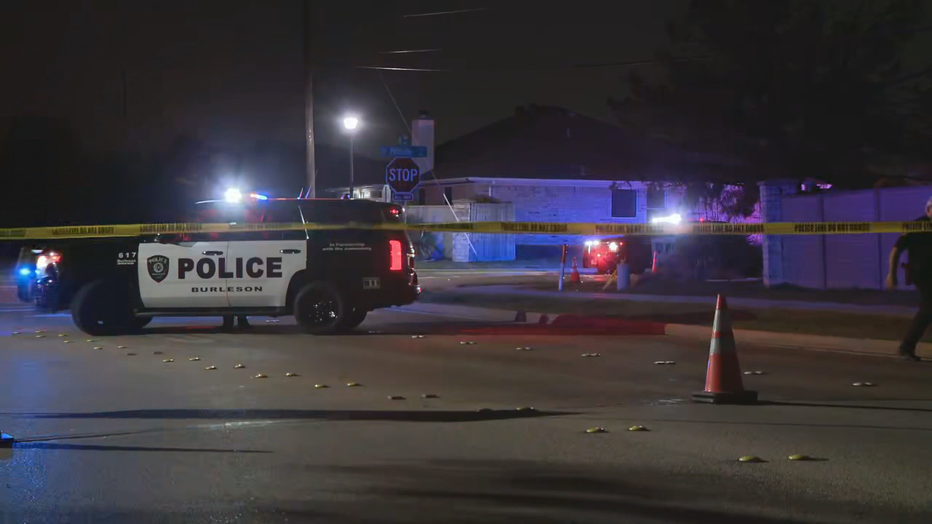 Police are also investigating whether two other people with Elders had any involvement in the crimes.

Police said Elders was the one who immediately opened fire on the officer during a traffic stop early Wednesday morning on Hillside Drive, which is in a neighborhood near Burleson High School. 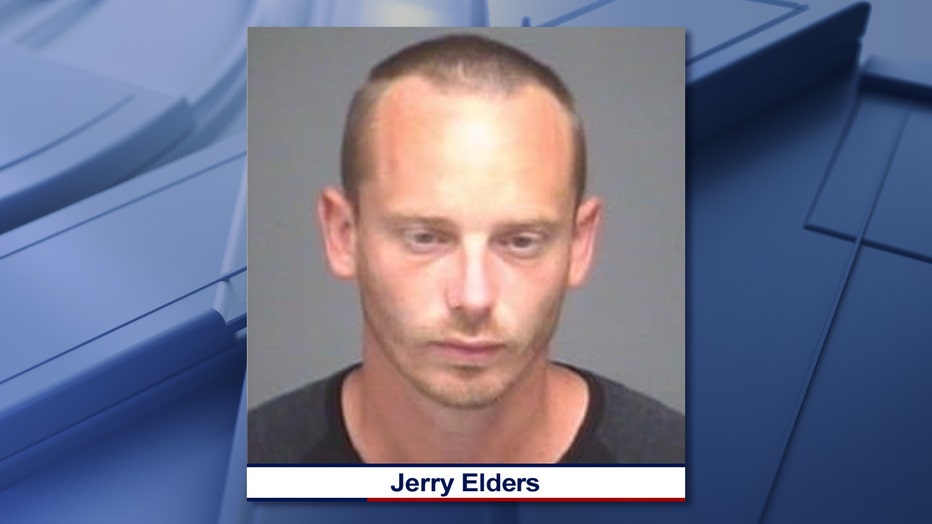 That’s when he says Elders - who was in the driver’s seat and had an outstanding warrant for felony drug possession - reached over and fired his handgun at the officer.

Officer Lott was wearing a vest. The chief says Lott hit multiple times, including in the vest and neck. He was later taken to the hospital by another officer.

"He was ambushed. There’s no other way to say it," Cordell said. "He was absolutely ambushed during this attack."

Chief Cordell said the officer was alert and stable.

"it’s a remarkable story. He was shot, we believe, three times -- once in the chest, just below the shoulder and a through and through to his neck. Bullet went in one side and out the other," Cordell said.

Shortly after the officer was shot, police found the maroon Mazda SUV burnt-out and abandoned two miles away. Police say it appears it malfunctioned and caught fire. 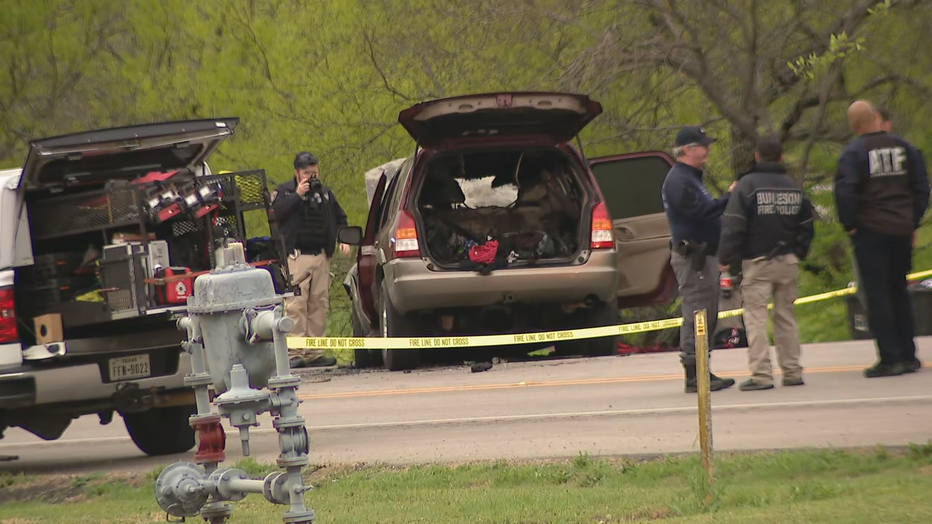 Early on, police described three people in that vehicle based on video from the wounded officer’s body cam.

Then, about a mile from where the SUV was found, police say Elders was involved in carjacking and the fatal shooting of 60-year-old Robin Waddell on County Road 802.

The entire home was taped off as a crime scene while officers and Texas Rangers processed evidence. But that scene is not where police would eventually locate the carjacking victim.

"At 8:44 a.m. this morning a female arrived at the Joshua Police Department with gunshot wounds. She was transported to Huguley Hospital. She was pronounced deceased," Cordell said.

How and why Waddell ended up at the back door to the police department remains unclear. Her truck, a silver Toyota Tacoma, was missing. 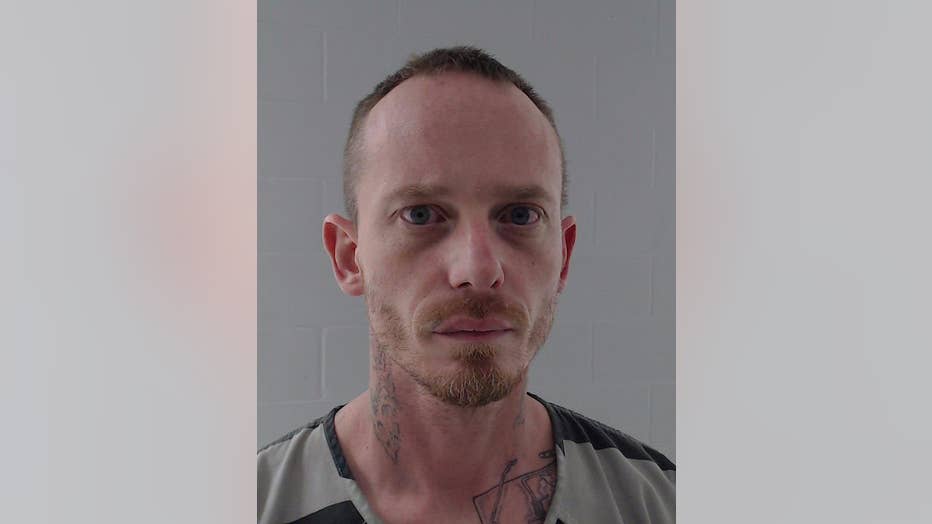 Police then issued a Blue Alert – notifying law enforcement agencies to watch for Elders and the stolen vehicle. A license plate reader got a hit on the truck in Denton.

Police say Elders fled into a field. Elders was arrested and taken to the Cooke County jail.

"For officers across the state, for our citizens and the peace of mind of so many others, we are extremely relieved he is in custody," Cordell said.

Police say Elders had a gun with him, but it’s unclear whether or not it’s the same gun used to shoot Lott and Waddell.

The male passenger who was with Elders in the truck has not been found. It’s unclear whether or not he was in the truck when Elders fled in Gainesville.

"It is my understanding that that person has some outstanding warrants not related to the shooting but related to narcotics," Cordell said.

The Texas Rangers have taken over the investigation and are still interviewing the female passenger to determine her level of involvement.

"For our citizens and for the peace of mind for so many others, we are extremely relieved that he is in custody," Cordell said.

Lott is being treated at JPS Hospital in Fort Worth and is expected to recover.

A family friend spoke on behalf Waddell’s family. They shared some of her last moments. They said she was enjoying her coffee on her back porch and had just said goodbye to her granddaughter before school when the family says she was abducted.

There has been an outpouring of support for the family of Robin Waddell, the woman murdered by a suspect who also shot at an officer.

Shawn Alford lives up the street from Waddell and remembers her as a kind neighbor.

"She helped me a lot with dogs and livestock and I’ve helped with her dogs," he said.

As the sun set Wednesday after a tragic day, people gathered in Burleson to pray with one another and honor the victims of a senseless spree of violence.

"The Waddell family appreciates your thoughts and prayers in this difficult time after the events this morning beginning with the shooting of Officer Lott and the tragic death of Robin Waddell, a vibrant and innocent 61-year-old grandmother and caretaker of her 88-year-old father," Alford said.

Elders’ sister said he has long struggled with drugs and said her heart breaks for the officer and Waddell’s family.