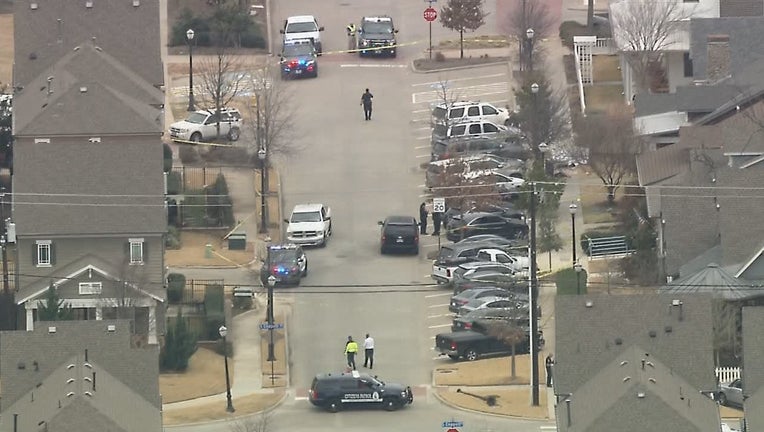 COPPELL, Texas - Police are investigating a possible murder-suicide in Old Town Coppell, which is the city’s downtown district.

It happened just before noon Wednesday outside a home near the intersection of Main and Houston streets.

The Coppell Police Department said it got 911 calls from neighbors who said they saw a man running away after shooting a woman.

The woman was already dead by the time officers arrived. She has been identified as 21-year-old Caitlin Rogers.

The officers later found the man still in the area with a self-inflicted gunshot wound.  He was taken to the hospital, where he later died. He has been identified as 21-year-old Nicholas Twining.

Nearby Wilson Elementary School was placed in lockout mode because of the threat. The school was later given the all-clear.