Police hope the recent drug bust in Hamilton Park will turn the tide in an area that's long been a hotbed for crime.

They hope this will turn the tide in an area that's long been a hotbed for crime. Still, some in the community remain skeptical.

Many people who live in Hamilton Park want direct answers and want to know how the bust will make things different.

DPD says its partnership with federal investigators in this specific investigation is key,

"I care about what happens in my community," Turner said. 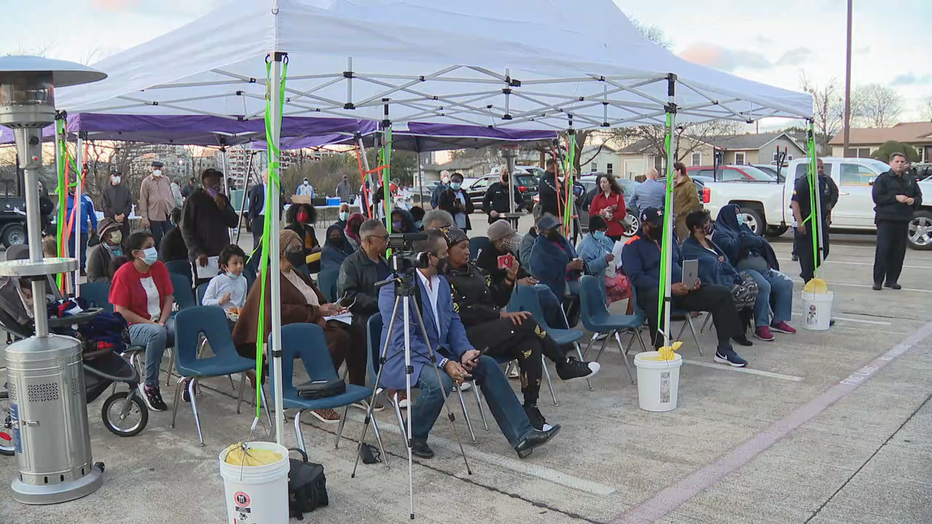 Both are born and raised in the historic Dallas community off Central Expressway and Forest Lane.

"I wanted an update on what they are going to do," Humphrey said.

"This operation will truly start to affect how things are in Hamilton Park," said Dallas Police Dept. Major Devin Paulk.

Last week, the DEA announced they seized 200 pounds of cocaine, marijuana and fentanyl along with cash and dozens of firearms.  The investigation called operation Shut Down Corner lasted 15 months. DPD says 21 people were arrested.

Some in the audience, like David Tyson, say crime in Hamilton Park has been plaguing the streets for decades. He offered his own time to bring back youth extracurricular activities.

"They’ve been getting rid of elements for decades, and it still hasn’t happen," he said.

"We are looking at dismantling the criminal element and organization that is operating in this neighborhood," Paulk said. "That’s what is different, and the ongoing operations will be different."

The last community meeting held in the United Methodist Church parking lot was back in July just days after a deadly shooting during a Fourth of July celebration.

Dallas police still are not making the connection between the gang and the July Fourth shooting but want the community to know they are watching.

"Just because you may not see us driving around in squad doesn’t mean we aren’t out there," said Dallas Police Major Leroy Quiggs.

Dallas police say they are dealing with not just your street-level individuals.

Investigators again say Operation Shutdown Corner is not over, and it’s affecting crime in other areas of Dallas and the surrounding suburbs. But for right now, they couldn’t go into specifics.