While many demonstrations across the country have shown clashes with police, there have been moments where officers and community members have shown progress.

PLANO, Texas - While many demonstrations across the country have shown clashes with police, there have been moments where officers and community members have shown progress.

Plano Police Chief Ed Drain described what it’s like policing these protests with the one word you would not expect: Easy.

“We agree with the protesters that what happened in Minneapolis with George Floyd is a tragedy. This makes it easy,” he said.

Plano police have not touched their riot gear.

“To me, it’s the only approach that makes sense,” Drain said.

The chief has led officers in marching with demonstrators in Plano, providing them water, and answering their questions.

“They’re just tired. They’re tired about this happening. And, quite frankly, so am I,” he added. 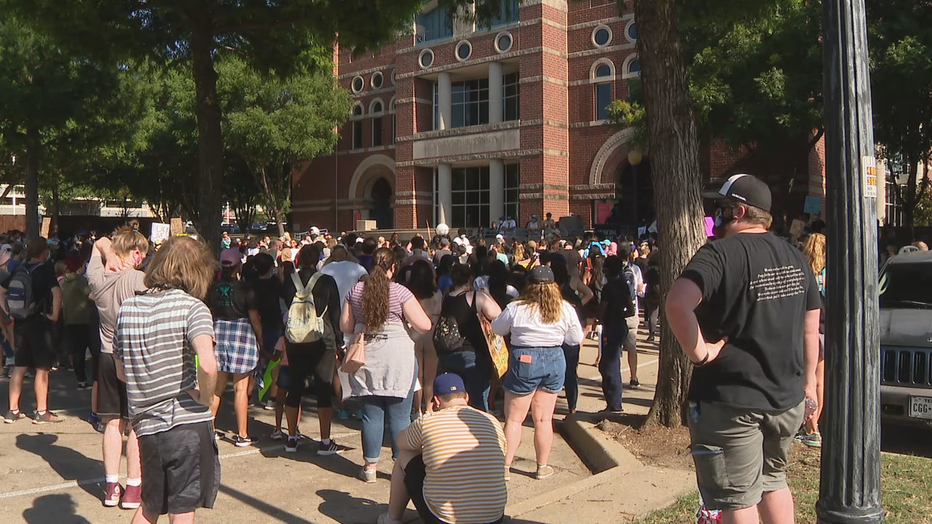 In Dallas, there have been clashes with police during some of the protests, with some small groups of people resorting to vandalism and looting.

He did not expect to meet Artist Gabriel Thomas.

He was moved by the message, “Spread love not hate.”

“God tugged on my heart strings and said, ‘Ask him if you can pray for him,’” Lozano said. “I was crying during the prayer.” 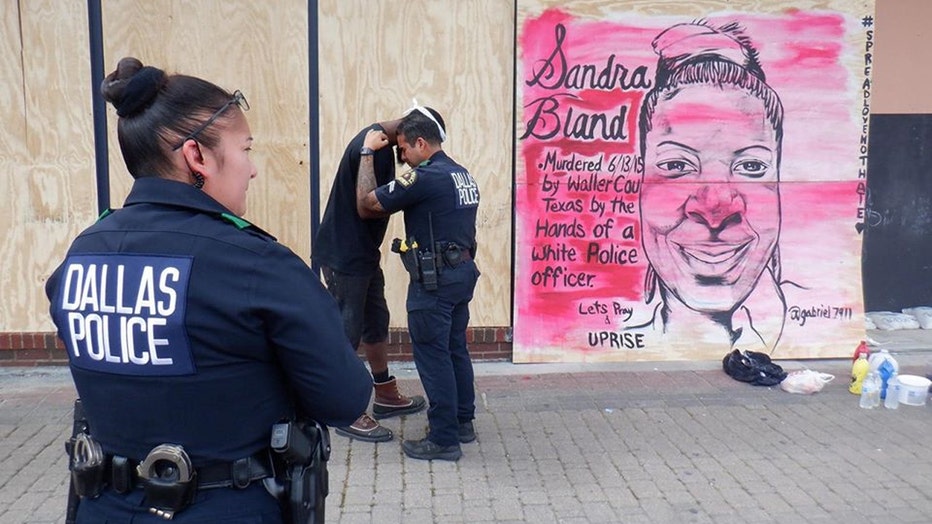 Lozano said he prayed for understanding.

“You can’t look at the video of the death of Mr. Floyd and not be utterly disgusted and angered and hurt that a black man lost his life at the hands of police officers,” he added.

Mixed into the emotions for Lozano is fear.

Four of the five Dallas officers killed on July 7, 2016 were part of his unit.

He said that during every protest, he wonders if he’ll lose another.

But he added that will not stop him from speaking up about injustice.

“Evil flourishes when good men stand by and do nothing, and I think that’s what we saw. We saw three officers who are complicit in the death of Mr. Floyd for not standing up and doing anything and acting when they saw an injustice occur,” he said. “If we don’t say something, evil still flourishes.”