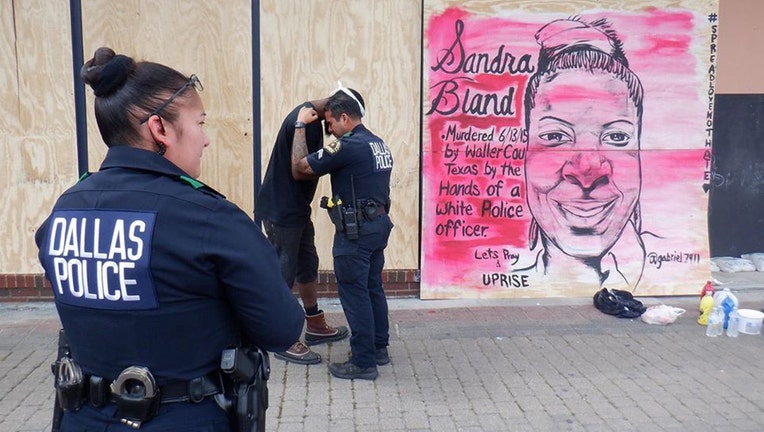 DALLAS - A Dallas Police Department officer has shared images of him meeting with and praying with a man who painted murals in Deep Ellum in response to the death of George Floyd.

DPD Officer Ruben Lozano posted the images on Facebook, and said he had no idea that he would meet with the artist, who he identified as Mr. Thomas.

Lozano said he went to Deep Ellum to assess the damage and take pictures of the murals that had been painted there.

He then met with Mr. Thomas, and asked if he could pray for him.

The two then prayed in front of a mural Mr. Thomas painted for Sandra Bland, whose 2015 death in police custody was ruled a suicide.

Officer Lozano added that: “In times like these, we need to focus on each other and Spread Love, Not Hate.”