North Texans are filling their shopping carts with firewood and groceries as severe winter weather is around the corner.

North Texans are filling their shopping carts with firewood and groceries as severe winter weather is around the corner.

"A lot of take-home pizza and bread for grilled cheese," Brittany Moreland said.

Shoppers are experiencing lengthy lines and delays with pick-up service, and some locations FOX 4 checked have no options for delivery.

"[The grocery store] was beyond busier than it’s ever been we feel like," Moreland added.

Winter storms will likely keep students busy at home, instead of inside school buildings to start out next week.

"I will catch up on my homework," high school junior Ella Stecklein said. "I don’t really want to do that but I don’t want to be falling behind at the same time so, necessity." 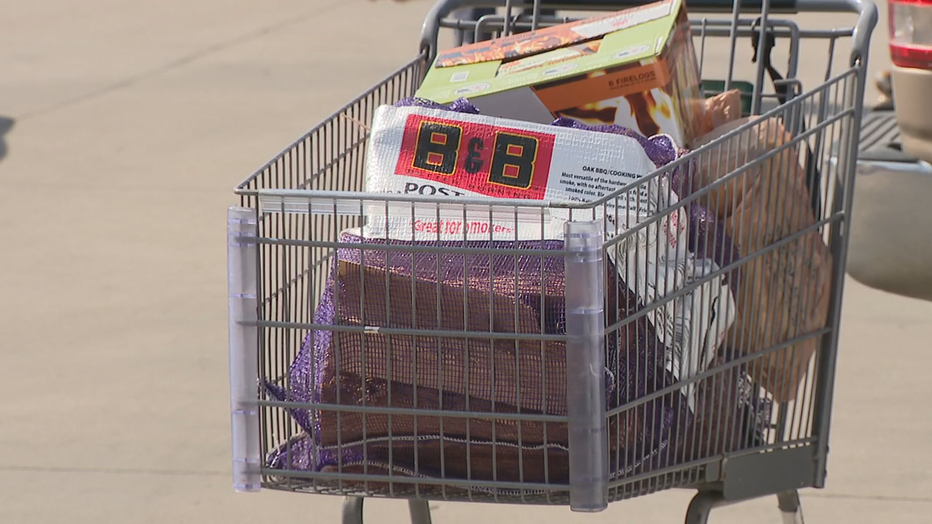 Dallas ISD doesn’t plan to cancel classes, rather, shift all students to learn virtually once severe weather hits, unless there are power outages.

"This cold weather we’re seeing is going to be record-breaking lows," said Kerri Dunn, with ONCOR. "Impacts we haven’t experienced across Texas in decades."

And ONCOR is already seeing several thousand outages due to weather in North Texas, but the significant numbers are coming from Round Rock and Central Texas, with roughly 20,000 recent outages that have mostly been resolved, but crews here are on standby.

RELATED: ERCOT expects record electric use due to extreme cold temperatures across Texas

The city of Dallas assembled 200 cots for homeless people to sleep on, with room for 200 more, at the Kay Bailey Hutchison Convention Center.

Local organizers with Our Calling are helping bring homeless people inside. It’s also placed more than 200 of them into hotels and shelters.

Still, some will not seek shelter for personal reasons.

"I’m like a paranoid schizophrenic, so I’m kind of spooked by the shelters because I don’t want to catch COVID-19," said Robert.

"It’s just hard. I can’t make it. I’m trying. I get a little odd job here and there. That’s about it," Robert added. "So right now, I’m kind of stuck without money."

The Denton Civic Center will open at noon Sunday for anyone who needs shelter from the cold.

That could be stranded drivers, people without power, or those experiencing homelessness.

Water, food, and cots will be available.

Covid-19 protocols will be in place.

And the cold temperatures have only just begun.

"As of this morning we’re starting to see that ice impact slightly, but mostly, we’re seeing that on the roads," Dunn said.

It’s not what people are used to seeing.

But if grocery stores are any indication, people are getting ready to ride out the storm.