From working to Christmas shopping to getting ready to travel, the bone-chilling cold did not stop people from moving around and doing what they needed to do.

DALLAS - From working to Christmas shopping to getting ready to travel, the bone-chilling cold did not stop people from moving around and doing what they needed to do.

Shoppers at FireWheel in Garland were even greeted with a light snow flurry, which ended up creating the perfect ambiance.

The parking lot at Target at Coit and Campbell in Dallas was bustling with shoppers who have been left with no other choice but to brave the Wind Chill Advisory Thursday with a now feels-like temperature of one degree below zero.

For days, shoppers were warned of the arctic blast. But for many on this Thursday before Christmas, there were still gifts needing to be bought.

"No other choice. It's all the time we got," said shopper Vanessa Jaramillo. 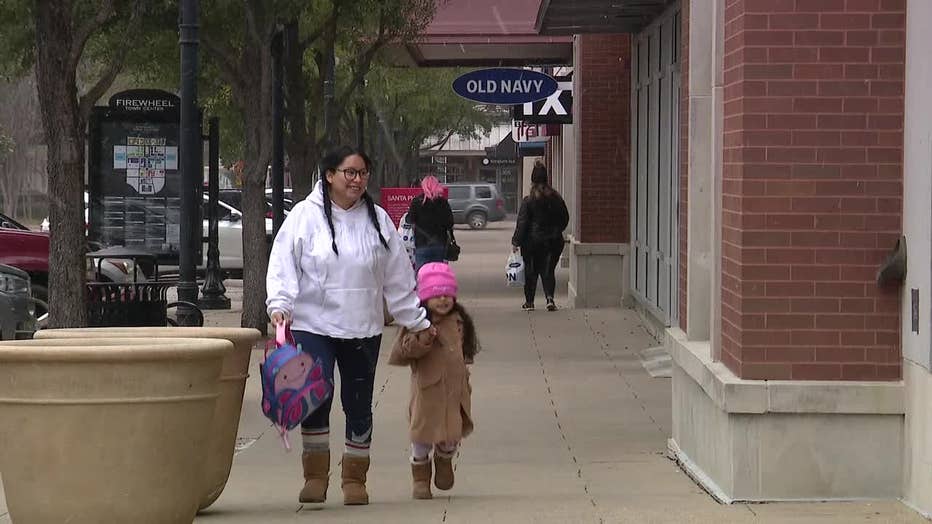 As snow began to fall in Garland, many shoppers at FireWheel enjoyed walking in a Texas winter wonderland.

Tommy Stewart from Wylie said most of his shopping is done, but he still needed a few more things.

"I love it. If it is going to get cold, I like it to snow. If it's just wet and cold, I don't like that too much," he said. "We can still get out and drive around. There’s no ice like a couple of years ago.

It’s making the conditions just right for shoppers to rush home with their treasures.

"I was born and raised in Connecticut. So I know how it is to be cold, but this is cold," said shopper Ava Duarte. "I'm picking up a last-minute Christmas gift for my baby."

The temperatures fell below freezing across North Texas on Thursday, but with Christmas just days away many braved the cold to make sure there will be plenty under the tree this year.

Shopping has still been hot in the cold weather.

"I’m just trying to finish up my last-minute Christmas shopping," said shopper Chris Forge. "I’m not going to be out here long, though."

Amy Hialydier and her six kids are driving to Kansas to her grandmother's house for Christmas.

"Was not expecting snow. Was told it wasn't going to snow. So… it’s snowing," she laughingly said. "And now I'm going somewhere where there's even more snow."

FOX 4 crossed paths with Hialydier at Discount Tire, where she was getting her tire pressure checked. Lots of people were waiting for the tire techs in the cold. 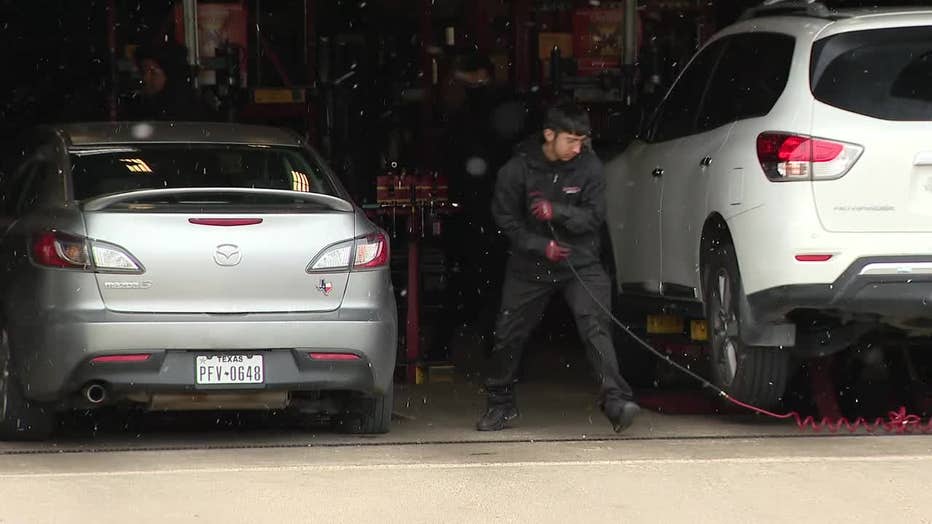 "Some of our guys are a little bit not used to it just because it came at us pretty quick," said Scott Collins with Discount Tire. "This morning, it was 40 degrees to start the day, and then real quick you could see the wind blowing. It was so cold."

Tires can lose air in cold weather and sensors light up. Drivers want to be sure their rubber is right for the road.

"Our job is really just to make sure we can get people out there safely," Collins said. "We're gonna see a lot of air checks these next couple of days just because of the temperature change. It’s just what we do, though.

While the frigid temperatures and dangerous wind chills brought a few flurries, it’s not the kind of ice event that shuts North Texas down,

People did what they normally do from hanging on street corners to getting packages and parcels to destinations.

"We got to deliver those Christmas presents to all of those families that are depending on us," said FedEx driver Desiree Hoover.

Under an overpass on I-635, a close-knit group of homeless their tents and their pets. 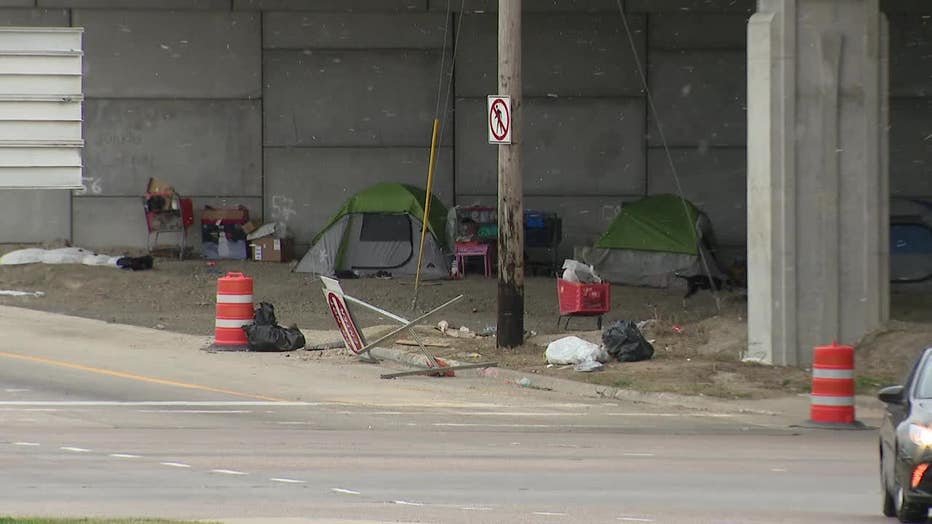 While outreach groups try to get them to come in from the cold, some won't. FOX 4 watched as someone dropped a box of food, feeding stomachs and maybe more.

For those thinking about braving the cold temperatures, the road conditions are good. However, the National Weather Service is advising to use caution over long bridges.