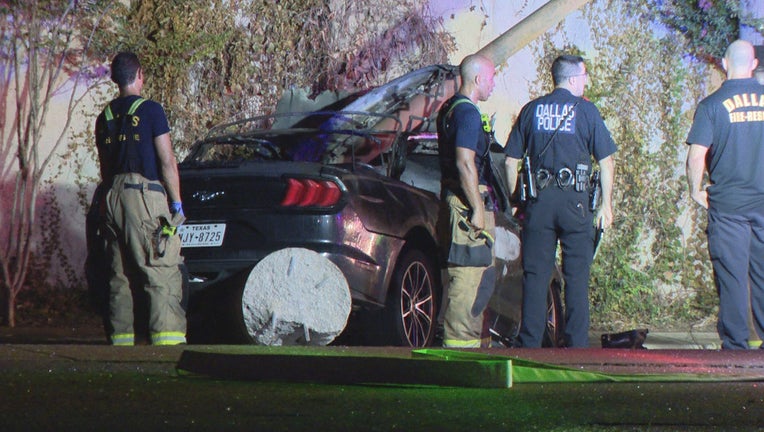 DALLAS - A man ran away from a fiery fatal crash in Dallas overnight.

The crash happened around 3 a.m. Friday in the 9500 block of Midway Road, south of Walnut Hill Lane.

Dallas police said the driver of a Ford Mustang lost control while going at a high speed, veered into the center median and struck a utility pole.

The pole ended up wrapped around the car, trapping the driver inside as it burst into flames.

Witnesses said they saw one man get out of the car. He called out to the other person in the car and then fled on foot.

Firefighters arrived to find the car on fire. They found a body inside the vehicle after putting out the flames.

Police are now trying to identify and locate the other person who was in the car.

The driver's name has not yet been released.

The area around the crash was closed for several hours for an investigation and fuel spill cleanup.