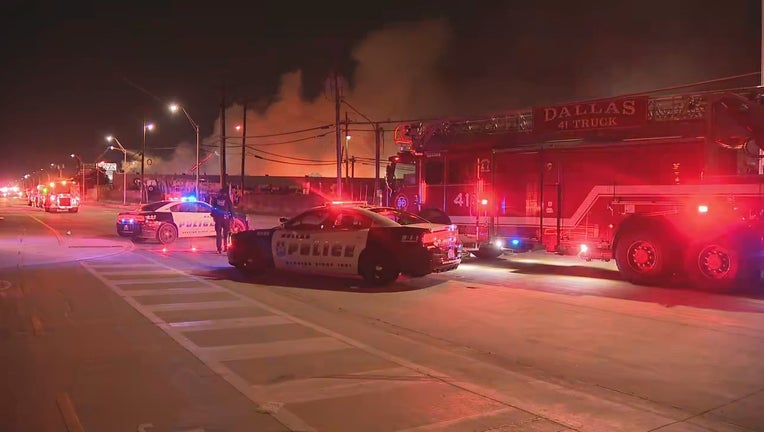 DALLAS - One firefighter was hurt in a two-alarm fire at a warehouse in northwest Dallas.

When firefighters arrived, the warehouse was already engulfed in flames. It suffered significant damage.

Dallas Fire-Rescue said the injured firefighter was taken to the hospital but is expected to be okay.

It’s not clear what caused the fire.