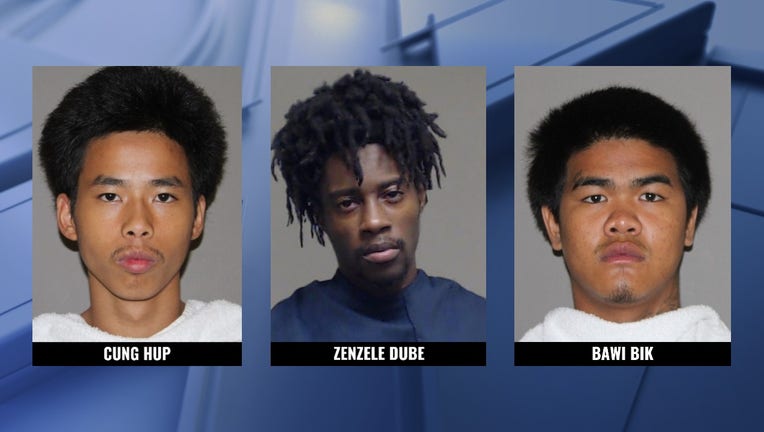 MELISSA, Texas - The men responsible for shooting a 13-year-old child in a failed robbery attempt are now behind bars, the Collin County Sheriff’s Office said.

The sheriff’s office said the girl was shot twice during the attempted robbery on Aug. 24 on Covey Lane near Melissa.

Responding officers used a tourniquet to save her life.

"I’m extremely proud of my deputies for their dogged determination and the relentless pursuit as they coordinated with the Lewisville Police Department and agents from Homeland Security Investigations to track down and arrest the criminals who attempted to rob and then shot this child," said Sheriff Jim Skinner.

The sheriff did not say what led them to the men.

They are now facing charges for aggravated robbery, injury to a child and engaging in organized criminal activity.

The suspects are being held at the Collin County jail and Denton County jail. Their bond amounts were set at $450,000 each.