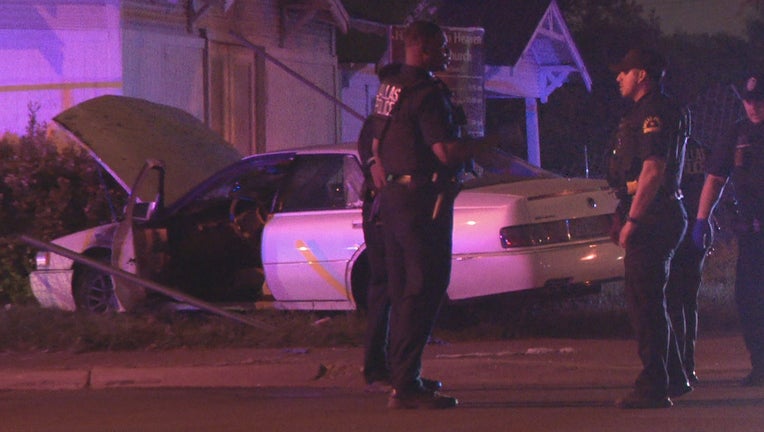 Firefighters responded to a crash just before 3 a.m. Tuesday on Denley Drive.

When they got there, the first responders found a man dead behind the wheel of a Cadillac that had crashed into a fence.

The vehicle was riddled with bullets and the man had fatal gunshot wounds.

A woman was also in the car, but she was not hurt.

Police are still trying to determine a motive for the shooting and do not yet have a suspect.