Video clips recorded the panic in a crowded section of Deep Ellum where a weekend shooting injured two people. Police were able to quickly release the images out to the public on Sunday just hours after the shooting. But so far, no arrests have been announced.

DALLAS - Video clips recorded the panic in a crowded section of Deep Ellum where a weekend shooting injured two people.

Police released surveillance video of the shooting and images of a suspect who ran off into the crowd.

Police were able to quickly release the images out to the public on Sunday just hours after the shooting. But so far, no arrests have been announced.

"I looked around. People were like jumping to the ground, and I think someone was yelling,’ Get down! Everyone, get down!" recalled witness Nate Wade. "After like six or seven shots, I'd say there is at least 10 total."

Wade and his friend Taylor Chilton, who just moved to Dallas a couple weeks ago, say it all happened so fast that they didn’t get a good look at the shooter or what started it all.

"When I got on the ground, I was like what the hell is going on? Like what do we do? What's really going on?" Chilton recalled.

Police tell FOX 4 it started with a disturbance among several people. Someone pulled a gun and started shooting.

Surveillance video released by DPD shows the crowd starts to scatter. It appears to show there were possibly multiple shooters returning fire near a dark truck as they ran away.

"We saw the police cars come in, and then a couple officers ran up to someone right outside the window," Wade recalled.

The two people who were shot were taken to nearby Baylor Hospital where they were reported stable. 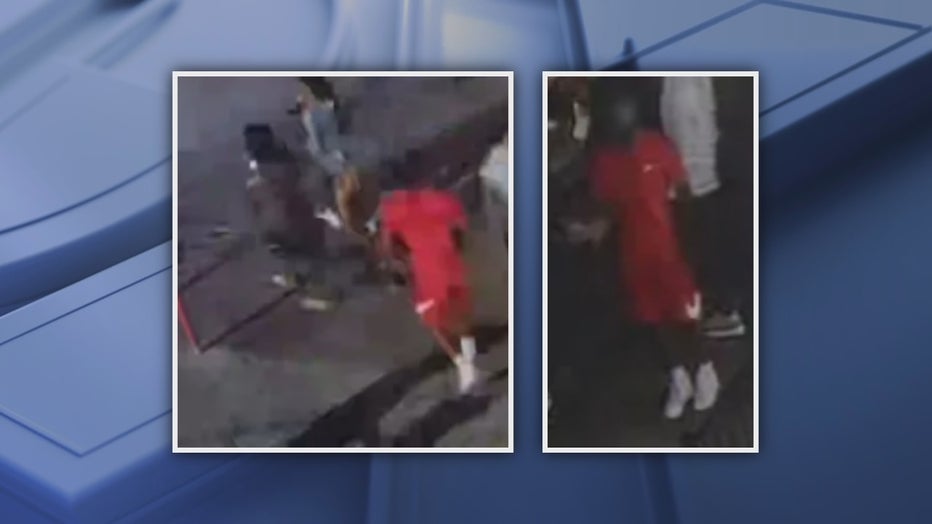 "The Deep Ellum Foundation has worked closely with DPD installing surveillance throughout the entertainment district, and that footage is helping," he said. "Hopefully, it will be able to capture the individual responsible for the shootings."

With 25 cameras installed so far, the Deep Ellum Foundation has a goal of getting 50 in the neighborhood.

"There are plans to add more. Every weekend, they’re adding more cameras," Moreno said. "And the Deep Ellum Foundation has a command center on Main Street. That has great coverage of the whole district, and we do share that with DPD personnel."

"At some point or another, something needs to be done if they want people to continue to go to Deep Ellum in the evenings and feel safer and less shocked about the weekly or biweekly shooting," Wade said.

The city has also been looking at shutting down streets to vehicle on a trial basis so visitors and first responders can get through easily.

Councilman Moreno says the city’s transportation department will be at the next neighborhood safety meeting to discuss the plans further.