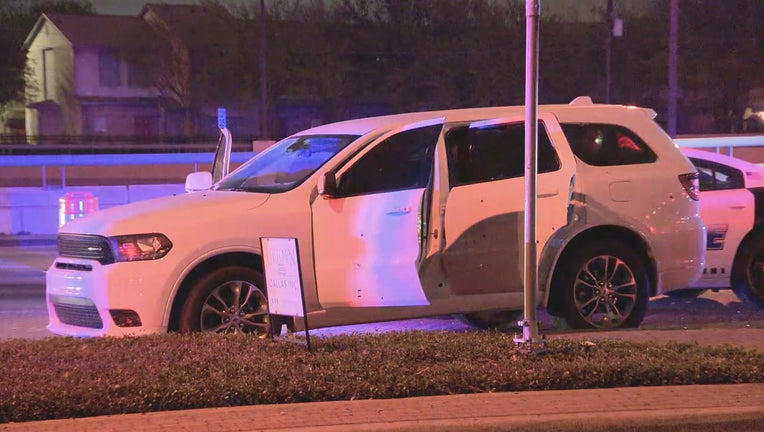 DALLAS - Police have a man in custody after finding a stolen SUV full of bullet holes overnight in Uptown Dallas.

No one was in the SUV when police found it abandoned just after midnight Monday on Hall Street near the Central Expressway.

While they were investigating, a man walked up and said he had been in the SUV with another person during the shooting.

He told the officers they were stopped at a light when another driver pulled up next to them and started shooting.

Neither man was hurt, and both took off after the shooting. Only the one man returned.

Police took the man into custody once they learned the SUV was stolen.

They’re still trying to figure out exactly where the shooting happened.

1 dead, 2 others injured in suspected drive-by shooting in Dallas