A generous donation from the Perot family means a larger children's park will be part of Klyde Warren Park's expansion. It will include a climbing tower, a children's climbing wall, new balance and spinning elements and an additional water feature.

DALLAS - A $5 million donation from the Perot family means the popular children’s area at Klyde Warren Park will soon be larger. But it must close first for the construction.

New features will be added including a climbing tower, children’s climbing wall, balance and spinning elements and an additional water feature.

There will also be a shaded picnic structure that will be available for birthday parties and other celebrations.

"We’ll have all sorts of things that frankly our guests have been wanting to have over these past almost 10 years. So, it’s fun to be able to respond to what they want and be able to provide it thanks to this generous gift," said Kit Sawers, the president of Kyle Warren Park. 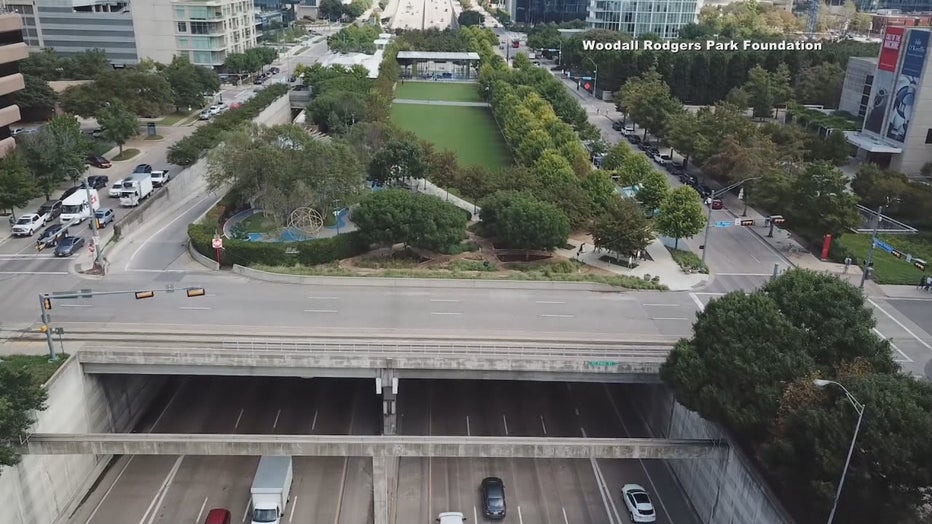 "There’s plenty of space for them to run around but they just love those climbing features, and they stay there for hours. We’re thrilled it’s going to get bigger. We’ve known it was too small since the first day we opened," she said.

The project is expected to take about six month and should be complete this summer, Sawer said

The area will then be renamed the Sheila and Jody Grant Children’s Park. The Grants led the effort to create Klyde Warren Park in 2004.

Other plans for the park include the addition of a seasonal ice rink, a water fountain with light show, a visitor’s center and event space and a larger dog park.