Getting around a challenge as historic snow storm paralyzes North Texas

North Texans are trying to stay off the roads and are making the best of a bad situation.

DALLAS - North Texans are trying to stay off the roads and are making the best of a bad situation.

A front-wheel drive car, like others in Dallas, was stuck in the snow Monday. Thankfully, Good Samaritans are lending a tow.

It’s not just cars. Semi-trailer trucks, like one seen in Uptown, are struggling, too.

Lanes off the North Central Expressway are fairly covered. Some Downtown Dallas areas are a white out. Even the Woodall Rodgers Freeway tunnel is seeing accumulation blown inside.

On the opposite end, one vehicle was abandoned along the middle of the freeway. 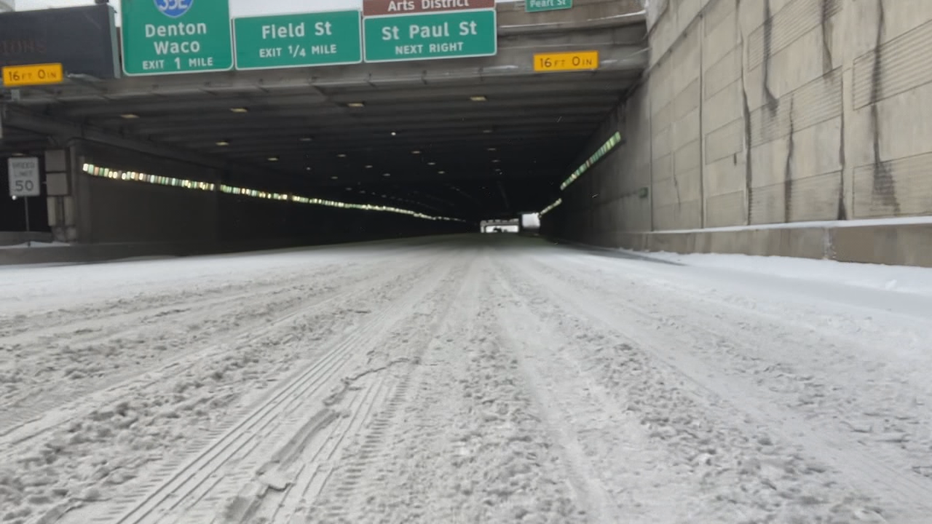 Maybe that’s why Marcus Gillespie is sticking to his thick-wheeled bicycle, even though the wind feels brutal.

"I came to work even though there’s probably not going to be much to do. I’m a bike messenger downtown," he said.

Giillespie says the key to a safe ride is taking it nice and slow.

People are making the most of a once-in-a-generation Texas storm.

Kit Bishop says his kids haven’t been able to sled in 10 years.

"So it’s been nice for them to bust it out and have some fun," she said.

Many businesses are closed. Vehicles left outside overnight have been covered in a blanket of snow and ice.

Dallas isn’t used to this, and ones new to the area were not expecting it.

And while it’s difficult to imagine the roads becoming any worse, we just might see conditions become more dangerous over the next couple of days.

Hunker down if you can. But if you have to travel for work by car or by bike, take care of yourself.