The economic advisor to the president credited Biden's actions for lowering prices, but economists say there are a lot of other factors at play.

DALLAS - Gas prices across the U.S. are continuing their steady decline and are now lower than before Russia's invasion of Ukraine in February.

But they're still mostly higher than last November when President Joe Biden made the first announcement of strategic petroleum reserves releases because gas prices were surging.

The economic advisor to the president on Wednesday credited the president's actions for lowering prices, but economists say there are a lot of other factors at play.

The current national average is now at $3.54 a gallon. Overall, prices have dropped about 30% since the summer. 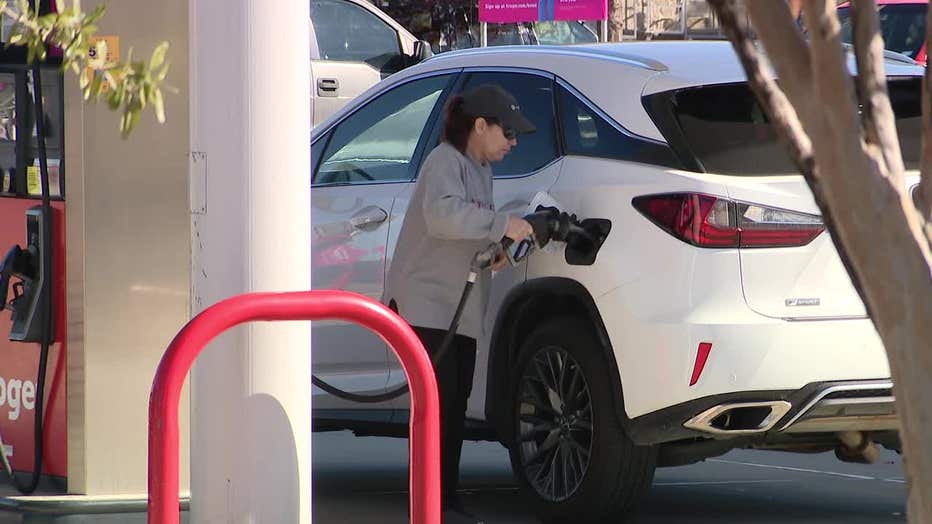 The White House says it's saving the average American family with two cars about $160 a month.

While Texans reap the benefits of nearby oil refineries and lower gas taxes than some states, Bernstein says the president's actions have played an important part in the drop around the country.

"A number of months ago, the president oversaw the release of 180 million barrels of oil from the strategic reserve," he said. I want to be clear. When I'm talking about release from reserves, I am by no means saying that is the only thing going on. Every time you hear China going one way or another, very quickly the price of oil moves following that news."

But Bernstein added that the president does have a role in getting the price of gas lowered.

"I think the other thing that he’s done, and this is also relevant to your area, is he’s talked to the companies. He’s said, ‘Look, it’s great that you’re profitable. We need you to be profitable. But it’s also a time, especially when we’re supporting the sovereign nation of Ukraine against the terrible invasion by Russia. While we are supporting them, while Europe is supporting them, everyone has to step up and do their part.’ So while we’re glad to see high levels of profitability among energy producers, who looked at some pretty lean years over the last decade, we also think that they need to be passing some of those gains on to the consumers."

Bruce Bullock is the director of SMU's Cox Maguire Energy Institute. He acknowledged the release from the strategic oil reserves has helped in the short term but says there’s more to it.

"I think the principal reason for prices moderating is much of China is still locked down, and their demand for oil is significantly lower than what you would normally see," he said.

And the use of the reserves now could later come with a price.

"It hurts U.S. Energy security in the long run," Bullock said. "If there is an interruption from foreign sources or the price of crude takes off significantly, we are left with less crude to put on the market from reserves."

"You will hear some argue the reserves are spent," Bernstein said. "That is false. They are more than half full."

As for how long prices will remain lower, that could also depend on whether or not the U.S. heads into a recession.

"About all you have to do is say the word recession and things will slow down," Bullock said. "Some of that has been felt in the oil prices."

The drop in gas prices should also translate into lower food costs.

Bernstein says that is due to companies saving when it comes to shipping as well as fertilizer.

As for how long we can enjoy these lower prices, Bullock says prices typically go up between January and June.