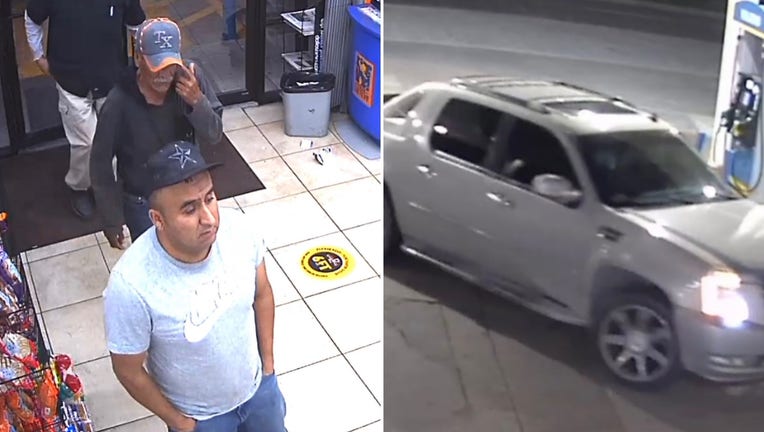 FERRIS, Texas - Police are looking for two people after a fatal hit-and-run in Ferris, southeast of Dallas.

The accident happened a week ago on an Interstate 45 entrance ramp.

What is described as a light-colored Cadillac Escalade SUV hit a pedestrian that was walking on the shoulder of the highway.

Witnesses said the SUV suffered significant damage on the driver’s side because of the crash.

The driver stopped to check the damage but did nothing to help the victim, who died three days later.

Police released photos of two men who were seen arriving at a gas station in the vehicle. They are considered persons of interest.

Anyone with information about them should contact the Ferris Police Department at 972-544-2225.

2 dead in crash involving wrong-way driver in Fort Worth