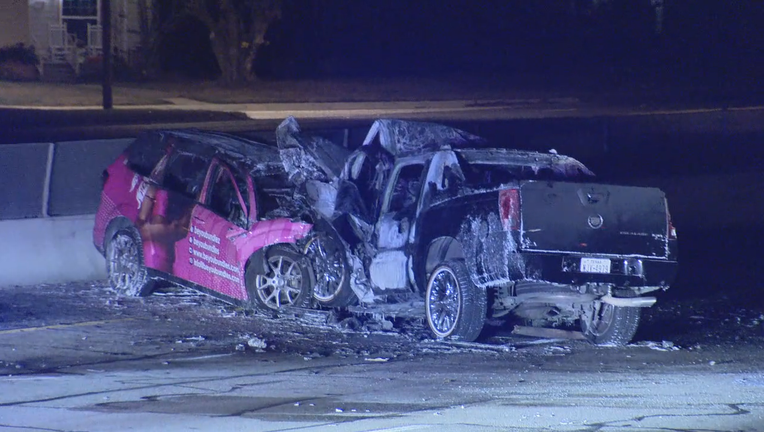 The crash happened just before 2:15 a.m., in the 3700 block of Martin Luther King Jr. Freeway, near Berry Street.

Officers were called to the scene after getting reports of a wrong-way driver.

They arrived to find a head-on collision involving a pickup truck and an SUV. Both vehicles were on fire.

Both drivers were pronounced dead at the scene.

The freeway was closed for several hours while police investigated.