A few families impacted by September's explosion at a Southeast Oak Cliff apartment complex got some help for Christmas.

DALLAS - A few families impacted by September's explosion at a Southeast Oak Cliff apartment complex got some help for Christmas.

The families received cash and presents valued at more than $1,000 per family.

The explosion initially displaced hundreds of people. Some stayed in the complex. Those who did got a Christmas surprise from a local car dealership. 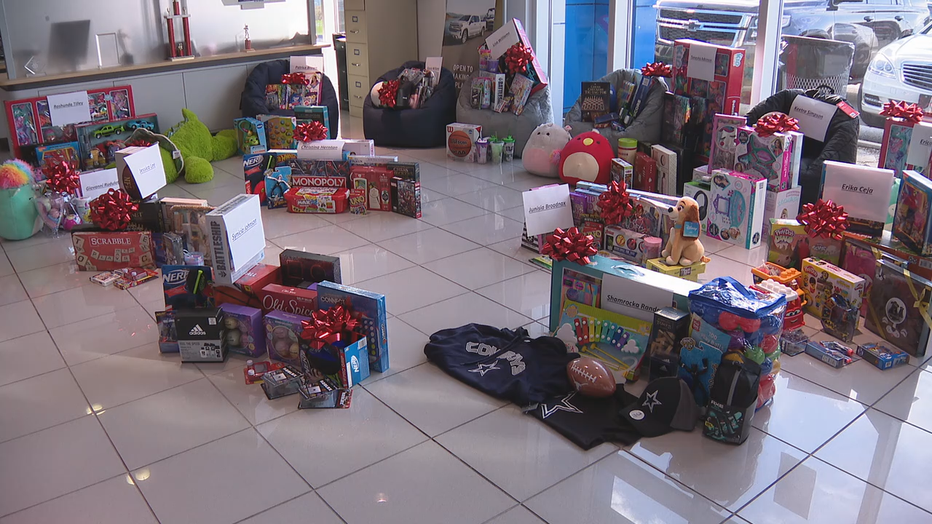 Christmas came early for some of the families who are still recovering from September's explosion at the Highland Hills Apartments near Paul Quinn College in Oak Cliff.

"Slowly but surely trying to get back to normal," said resident Veneasa Jones.

One building was destroyed following the explosion, and nearby buildings had major damage.

Monday, the owner of Freedom Chevrolet surprised 15 families with $1,000 and toys for the kids.

"It’s not only that we wanted to help. It’s our ​responsibility to do so," said Freedom Chevrolet Owner Teddy Morse.

Parents like Vaneasa Jones knew Christmas was important for her children. But with everything else going on, she struggled to figure out how to make the holiday special.

"That’s my main focus," she said. "Trying to make sure they have a good Christmas. And thanks to Freedom Chevy, they are going to have one."

It’s been a long three months for these families.

Some are still living in the apartment complex and say they are still concerned about the material condition of the buildings.

"Unfortunately, it’s not what it should be. It’s worse than it was before," Jones said.

The September explosion stemmed from a gas leak.

Police say hours before the explosion, Dankins allegedly shot into an apartment, striking a stove and gas line.

During the blast, four firefighters and four residents were injured. However, they all survived.

Last month, the final fighter was released from the hospital.

As the families head into a new year, unfortunately, many will still struggle. But for this day, they are overwhelmed by the support from the community.