There are new issues for some displaced residents of the Dallas apartment complex that was damaged in an explosion last month. Tenants of Highland Hills Apartments have been allowed to move back in. However, some say they still cannot live in their apartments.

DALLAS - People who were displaced from a Dallas apartment complex after an explosion said their homes are still unlivable.

It’s been nearly a month since the explosion at the Highland Hills Apartments.

Tenants are now allowed to move back in, but some said their living conditions are unacceptable.

"I want people to know they don’t care about the hood. They do not care about you if you’re from the hood," said Savannah Lockridge, who lives in an apartment next to the building that exploded.

The city of Dallas paid for tenants to temporarily stay in hotel rooms until last week.

Lockridge and other tenants received a text message from the city on Thursday that read in part, "All the work is complete. Your apartment is ready for you to move back in."

Still, there’s no electricity in her apartment. Bugs have taken over since she evacuated and there’s broken glass everywhere. 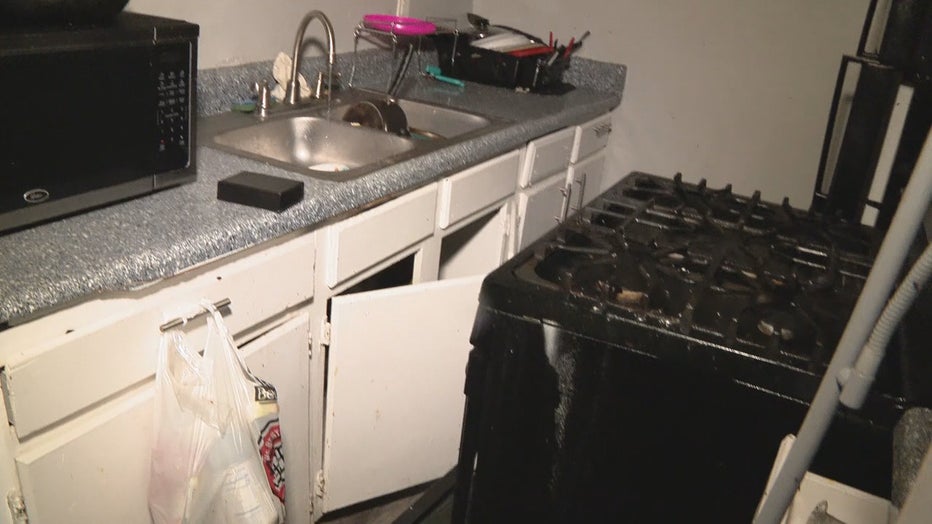 "They left the stove in the middle of the thing," she said.

She said her place was burglarized and there are paw prints on her furniture from an animal that’s not hers.

"That’s like a dog’s footprint and I don’t own any dogs," she said.

She doesn’t know where to go or who to turn to.

"They expect us to come back to the hood, live like this just because we’re from a poverty community and stuff," Lockridge said.

She said some tenants have been moved to apartments across the street and some apartments are mostly back to normal. But she hasn’t received any official information from management about what they’ll do for her.

She and her children have been staying with friends but that’s a temporary solution.

FOX 4 went to the Highland Hills Apartments leasing office Sunday, but it was closed. The reporter also left multiple phone messages and sent emails but did not hear back.

A man who introduced himself as head of security asked the reporter to leave even though he had permission to be on the property from tenants.

While the reporter was being escorted out, even more tenants came out to ask for an explanation.

"We really need help. We done got robbed and everything. People done lost everything, for real," a tenant said.

Lockridge said she pays about $900 a month in rent for her apartment. That’s money she believes should afford her a better lifestyle than this.

"Ya’ll care about ya’ll’s money. Ya’ll don’t care about us," she complained.

Councilman Tennell Atkins, who represents the district where the complex is, said he hopes to have information for the residents soon.