Police said they believe Jeremy Harris, who lives in Red Oak, fits the definition of a serial killer.

DALLAS - A suspected serial killer is now charged with the murder of an SMU student who was killed last month in Downtown Dallas.

Dallas police said they believe 31-year-old Jeremy Harris could be responsible for a series of random shootings because the M.O. was the same: a man shooting out of a dark vehicle.

From there, license plate readers, witnesses, and good police work tied the four murders together.

He's charged with randomly killing an SMU student, later killing two more men in Dallas, and then another man in Celina.

It is a violent crime spree unlike anything North Texas has seen in years.

Police said they believe Harris, who lives in Red Oak, fits the definition of a serial killer.

“In my opinion, based on what I’ve seen so far...I believe this is the definition of a serial killer. It's random, no known association between victims and suspect, the characteristics are similar, shooting out of vehicle,” Dallas PD Deputy Chief Reuben Ramirez explained about the crimes.

The biggest question for many is why? But Dallas police said Harris hasn’t given them any reason, and right now, it appears most of these crimes were random.

Dallas police have linked at least four murders to Harris, starting with the shooting death of SMU student Robert ‘Jaden’ Urrea on October 31 in Downtown Dallas.

Dallas police said the killing spree started in the early morning hours on Halloween, when Harris got into a fight with his girlfriend, assaulted her, and took her car, then disappeared for hours.

Detectives said the killer lured Urrea to his car, before shooting him.

Police said they eventually tracked the vehicle down at a repair shop and found evidence linking the car to Harris and the crime scene.

Using social media, police were able to track down the car and interview the owner, Harris’ ex-girlfriend.

According to an arrest warrant affidavit, police also found a single fired cartridge under the passenger seat of the car. 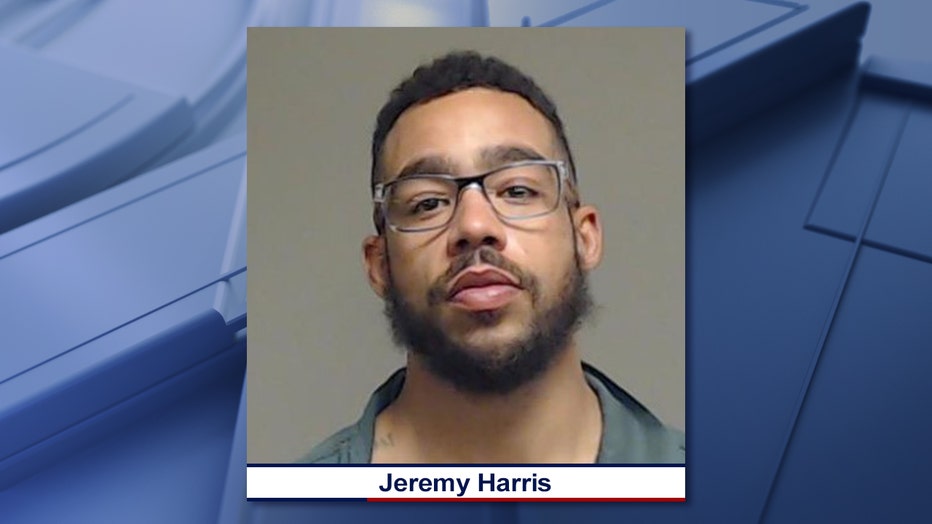 “The knowledge that someone is randomly with no real reason and reckless regard for human life is going around murdering individuals is a separate kind of fear,” said Dallas Police Chief Renee Hall.

And Police said it did not end there.

In the past week, police believe Harris was responsible for seven more shootings in Dallas, Collin, and Denton counties.

All but one of the shootings were apparently random.

On November 14, there were two murders within 30 minutes of each other.

The first happened at 8:33 p.m., near the North Stemmons Service Road and Empire Central in Northwest Dallas.

Adam Gautreau, 36, was shot and killed.

Then, at 9:04 p.m., near Beckley and Clarendon, someone in an SUV killed 57-year-old Kenneth Jerome Hamilton.

Two days later, there was another shooting near Fair Park that left a driver wounded.

A black Tahoe was once again spotted.

Detectives would later learn about other shootings in the Metroplex that they thought could be connected.

“Shootings in Denton, Prosper, Frisco, and a homicide in Celina. The detectives thought it was interesting from perspective of black vehicle associated with all the shootings and homicide,” Dallas PD Deputy Chief Avery Moore said.

The fourth homicide before Harris' arrest was the only shooting that wasn't random.

The victim, 60-year-old Blair Carter, who police say was known to Harris, was found dead inside a burning home Wednesday morning in Celina.

There was a manhunt for Harris after he was seen fleeing the scene. U.S. Marshals arrested Harris in Ellis County later that afternoon.

“It was that offense that triggered investigators to start looking at offenses in northern suburbs,” Ramirez explained.

Harris is being held on $3 million bond at the Collin County jail.

A suspected serial killer is now charged with the murder of an SMU student who was killed last month in Downtown Dallas.