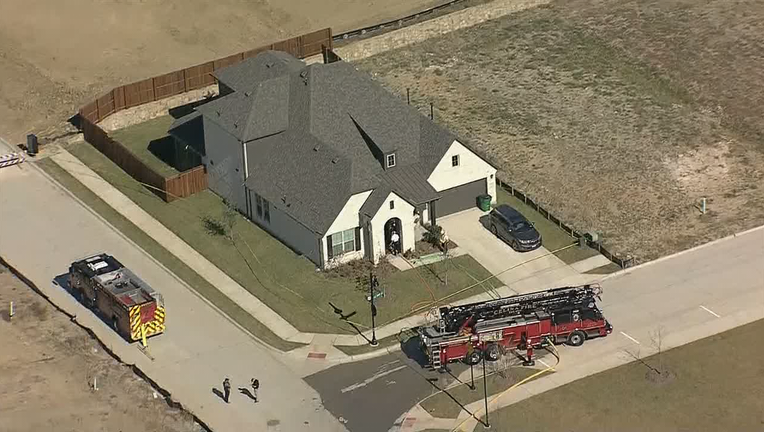 Few details have been released at this time, but Celina Mayor Sean Terry said in a Facebook Live that the incident happened at the Greenway subdivision, near the Dallas North Tollway and close to the Glen Crossing subdivision.

Firefighters were called out just after 11 a.m. for a house fire in the 1400 block of Anvil Court.

Crews were able to get the fire under control, and then found a body inside.

Witnesses told police they saw someone going through the home and then running away before first responders got there.

Schools were placed on lockdown as a precaution while police searched for the suspect.

The suspect's name has not yet been released.

Police are continuing their investigation.