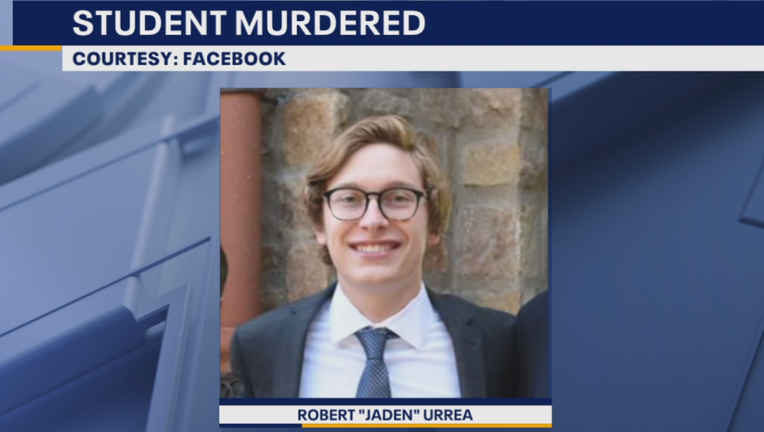 DALLAS - An increased reward of $25,000 is now being offered for information in the murder of 19-year-old SMU student Robert “Jaden” Urrea, who was killed in Downtown Dallas early Saturday morning.

Urrea was the city’s 198th homicide of the year. He was found dead in the roadway at the intersection of Harwood and Jackson streets.

Police believe Urrea was leaving a Halloween party or a bar, and as he was walking down the street at about 3 a.m., a vehicle pulled up. The vehicle is believed to be a white 4-door, possibly a Ford, with a sunroof and custom wheels.

Investigators said multiple surveillance cameras downtown caught the interaction between Urrea and those inside the vehicle.