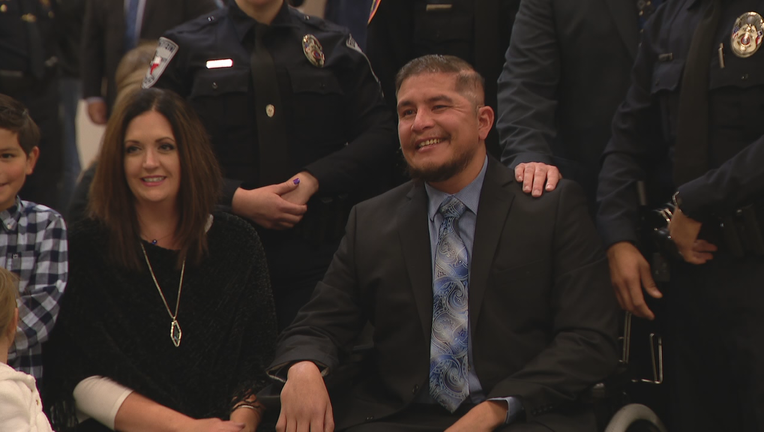 DENTON, Texas - Denton police honored an officer who survived being shot in the line of duty.

Officer Urban Rodriguez, Jr. was critically injured last October when a passenger in a car he’d pulled over shot him twice in the head and leg.

After being released from the hospital, Officer Rodriguez spent part of the year at an out-of-state rehab facility. He has continued to recover but is now permanently disabled.

There was an award ceremony Monday afternoon to recognize Officer Rodriguez and the people who helped find the suspect accused of shooting him.

The Denton police chief praised his officers as well as the fire department, medical staff and support team for helping Officer Rodriguez survive.

"I can't speak enough in the collective excellence that was shown that night and just by the grace of God, we're all here today being able to remember and reflect on that night," Chief Fank Dixon said. 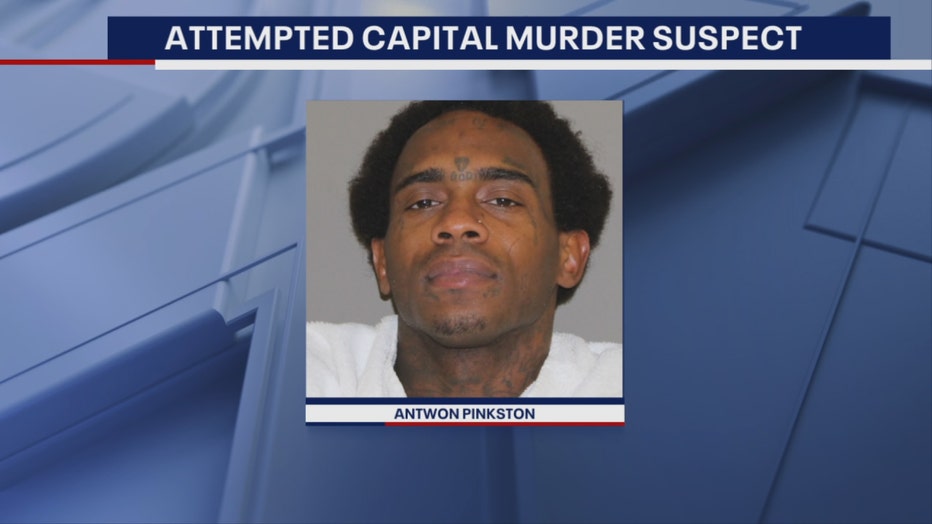