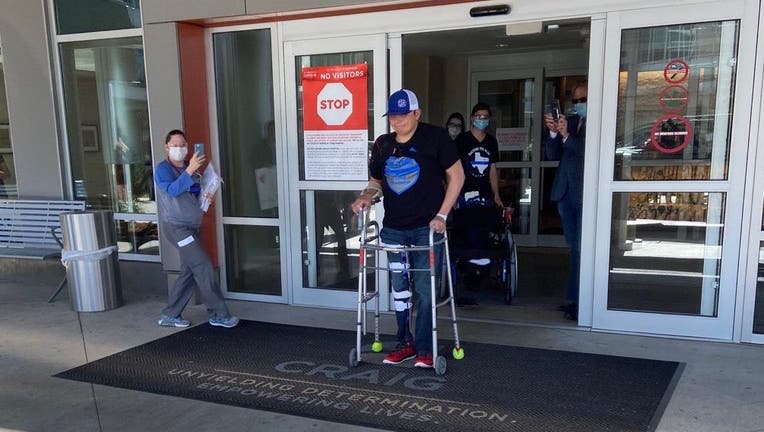 DENTON, Texas - A Denton police officer who was shot during a traffic stop took a big step in his recovery.

Officer Urbano Rodriguez was discharged from the Colorado hospital where he’s been a patient since this past November.

He was critically injured in late October when a passenger in a car he’d pulled over shot him twice in the head and leg.

“Urban and his family are extremely grateful for the ongoing prayers and support they have received. Our department deeply appreciates your continuing support as well,” the Denton Police Department said on Twitter.

The accused shooter, Antwon Pinkston, is charged with attempted capital murder and aggravated assault on a public servant.