The man accused of ordering the kidnapping and murder of a 13-year-old girl in retaliation for stolen drugs has been found guilty of engaging in organized crime.

DALLAS - The man accused of ordering the kidnapping and murder of a 13-year-old girl in retaliation for stolen drugs has been found guilty of engaging in organized crime.

Prosecutors say he orchestrated Shavon’s kidnapping. He's been found guilty of engaging in organized crime related to the 2017 murders of Shavon Randle and Michael Titus.

It was a packed courtroom Tuesday as Shavon’s and Fields’ family members filled both sides of the aisle as attorneys argued the case against Fields.

"Murderer. That is what this man is," said Dallas County Asst. DA Thomas Adams Jr. "He is the murderer of an innocent 13-year-old child."

Prosecutors painted a picture of Fields as the kingpin and mastermind behind Shavon's kidnapping and murder in 2017. 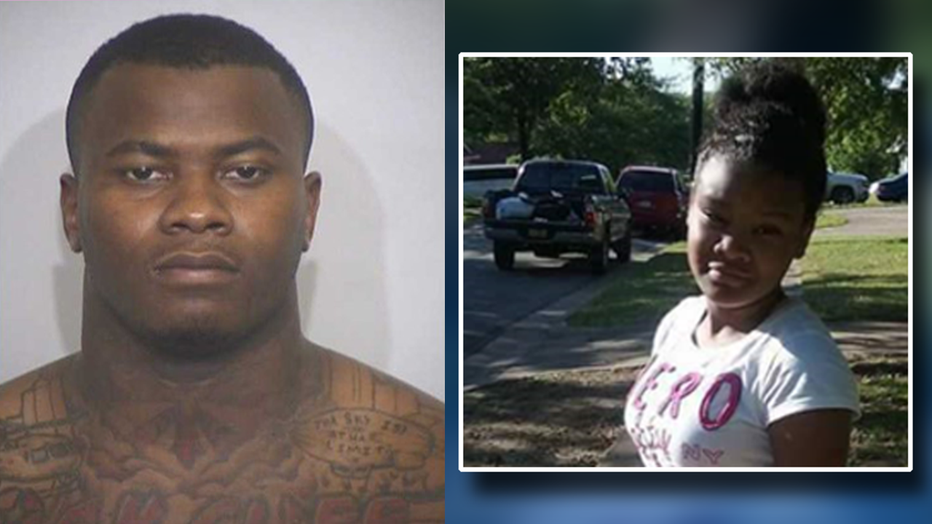 "Whether or not he pulled the trigger time after time into Shavon’s body or into Michael Titus’ head, that is what Darius Fields is. He is a murderer."

Prosecutors say a relative of Shavon was dating the man who stole $250,000 worth of marijuana from Fields.

That robbery set the plan in motion to hold Shavon as ransom, an innocent victim with no involvement in the theft.

The bodies of Shavon and Titus were recovered days later in an abandoned drug house in Oak Cliff.

Jury deliberations are underway in the trial of the man accused of ordering the kidnapping and murder of a 13-year-old girl in retaliation for stolen drugs.

"Who benefits from all this? Whose drugs are they? Who benefits? Who’s the man? Who’s the king?" Adams said before pointing and Fields.

But defense attorneys for Fields say the evidence does not show he was involved.

Fields’ attorneys argued there’s no clear surveillance video, no text messages talking about it and no evidence of his DNA or fingerprints.

The attorneys attacked each piece of the prosecution’s case, saying there’s no proof anyone directed Laquan Wilkerson, Devontae Owens, and Desmond Jones to carry out the crimes.

"They don’t have it. Are you kidding? They’re appealing to your sympathies," Allen said. "They don’t have any evidence that ties the name Darius Fields to this case. They know it."

But prosecutors say Fields’ cell phone records put him with the other suspects during the planning and surveillance for the kidnapping, and he had the motive.

Fields is currently serving an 18-year sentence on a federal weapons violation related to the case.

Three other men were implicated in the case, but no one has been charged directly with Shavon's murder.