In court Wednesday, jurors saw what it was like inside an Oak Cliff drug house where 13-year-old Shavon Randle and 19-year-old Michael Titus were executed in 2017.

DALLAS - In court Wednesday, jurors saw what it was like inside an Oak Cliff drug house where 13-year-old Shavon Randle and 19-year-old Michael Titus were executed in 2017.

Titus was part of the drug world that cost him his life, while Randle was an innocent girl killed as retaliation for stolen drugs she had nothing to do with.

Darius Fields and Laporshya Polley are in federal prison on weapons charges, and Desmond Jones is the first to face state charges.

Prosecutors tried to lay the puzzle pieces to place Jones at the horrible house where Randle lost her life.

FBI agent Jennifer Briggeman called finding the bodies of Randle and Titus the worse discovery of her career.

“In my bureau career, over 12 years on the evidence response team, the smell and the level of decomposition was such that it absolutely took my breath away as soon as I crossed that threshold,” Briggeman recalled.

Both victims were shot in the head. 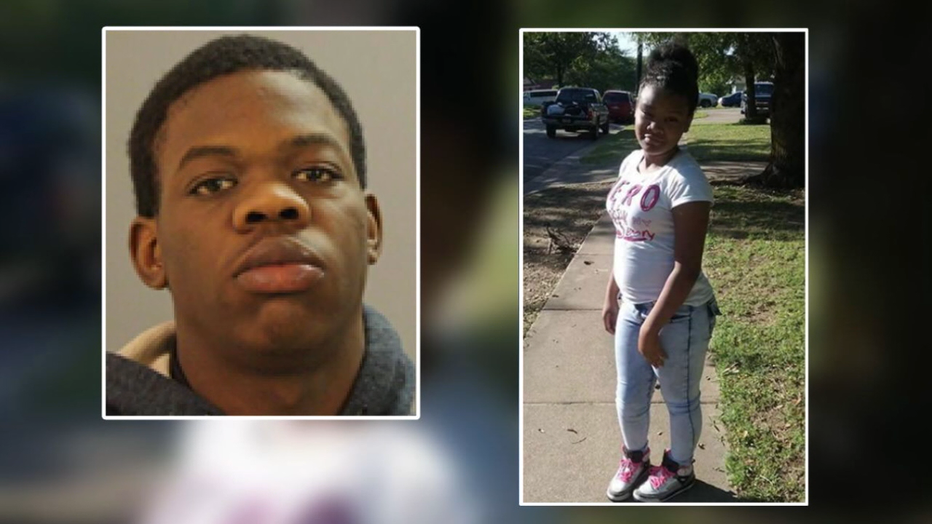 The decomposition was so bad, the medical examiner could not determine when Titus was killed.

He was on the floor in the front room, with yellow Latex gloves on his hands, and a Bersa 40 caliber gun near his right hand.

That was one of three guns recovered. The two others were in cars the suspects were arrested in.

Shell casings and bullet fragments were found in the house.

Firearms analyst April Kendrick said in questioning that all shots were fired by the gun found by Titus.

The evidence of Randle’s kidnapping and murder was all laid out against Jones under the charge of organized criminal activity.

“To date, this is the largest report of this type I’ve provided,” gunshot residue expert David Spence testified.

Spence told the court that Jones, Devontae Owens, and Laquon Wilkerson all had gunshot residue on some of their clothing, though most was on Wilkerson.

Under cross exam, Jones’ attorney, Jeffrey Lehman, questioned whether Spence could tell the court when that residue got on their clothes.

Prosecutor Lisa Falk told the jury in opening arguments that foot prints found in the black Lexus the crew was driving would prove to match Jones, but the shoes and tire tread expert from the FBI laboratory testified only that the print could have come from Jones’ shoe.

And under cross examination, acknowledged there were other shoes of the same size and design that could be responsible.