The DPA president accuses Dallas County DA John Creuzot, who is in a contested re-election, of making a political statement. He says the DA’s office has had this information for some time and questioned the timing of these charges.

An attorney for two protesters injured by police in the Dallas May 2020 George Floyd protests says he's glad to see the district attorney's office moving forward with the complaints.

But with nearly two years after the fact, the DPA is questioning the timing of the charges.

According to court records, video from security cameras, others at the protests and body cameras on other officers nearby shows both Melvin Williams and Ryan Mabry firing foam projectiles at protestors who, according to the arrest affidavits, were complying with police orders.

Attorney Daryl Washington represents a number of protesters who filed complaints about being injured by police on May 30, 2020, including Brandon Saenz and Vincent Doyle.

"It’s been almost two years now, and we really didn't feel like nothing was going to be done about it," the attorney said.

Saenz lost his left eye after being hit with a foam projectile. Washington says Doyle has severely impaired vision from being hit in the face. Both are named in the arrest affidavits for the two officers.

"Had Brandon been out there breaking into somebody's business or breaking glass, that's one thing," Washington said. "But he wasn't doing that." 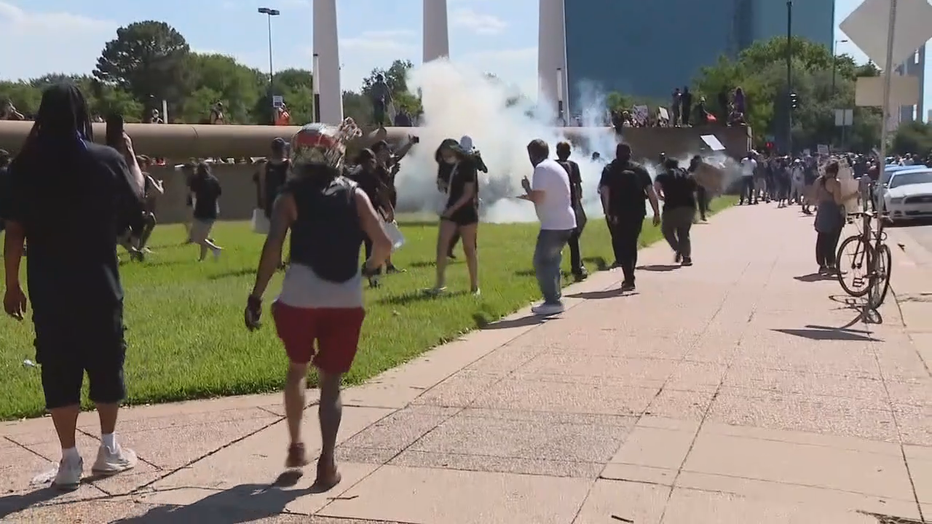 Body camera video shows Mabry "raise, point and shoot one round from a 40mm launcher, containing an impact foam projectile, in the direction of complainant McKee."

The victim told police he was hit by both rounds in his bicep, thigh and private area, requiring surgery.

The affidavit says video footage shows the man was on the sidewalk complying with police orders and backing away when he was targeted with the less-lethal projectiles.

Court records also say Williams was recorded making comments about hitting protesters in the face with laughter heard in the background.

The Dallas Police Association calls the recent charges against two officers politically motivated. An attorney for two protesters injured by police in the Dallas May 2020 George Floyd protests says he's glad to see the district attorney's office moving forward with the complaints.

Robert Rogers is the attorney representing Melvin Williams. He says his client and other SWAT officers were making decisions based on protests that had turned violent.

"His options were simple," Rogers said. "Do nothing, allow downtown to burn and his fellow officers to get injured. Or use the tools that he was provided and called on to use by his command staff to suppress the ongoing riots."

"The level of charges placed against these officers are so overreaching and obviously politically motivated in time for the upcoming primary that we must bring this to the attention to the public," he said.

Mata says the officers were facing unimaginably tense circumstances that week after being pelted with bricks, rocks, and frozen water bottles. He says the evidence does not match the seriousness of the charges.

"You’re not going to have that here," he said. "These officers didn’t wake up that day and say, ‘I’m going to go out and hurt people today.’ That’s not what happened. That’s a very high bar to meet."

The DPA went on to say the DA’s office has had this information for some time and again questioned the timing of these charges.

The DPA went on to say the DA’s office has had this information for some time and again questioned the timing of these charges. The association pointed to similar scrutiny on officers in Austin.

A Travis County grand jury is currently reviewing the actions of 18 officers during protests in 2020.

May 30, 2020, was the second day in a row that included violence and destruction in Dallas. The following day, a curfew took effect that lasted six days.

The DPA says charges, including first degree felonies, are far too extreme against its officers.

"Do I think they overstepped in charging them at all? I can’t say that because you’re right. I haven’t seen all the facts and evidence," Mata said. "But I will say this: charge them appropriately. That’s what myself and my fellow board members are up here saying." 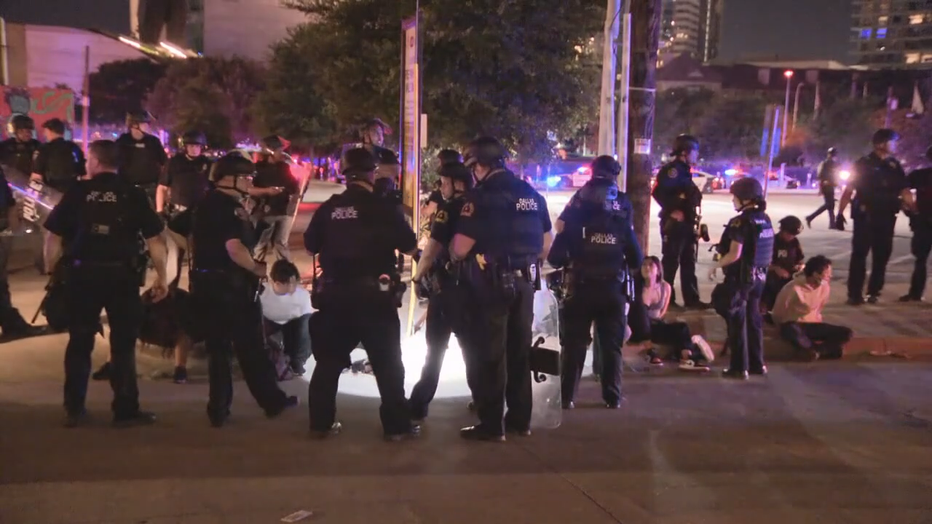 Mata admits officers may not have always acted professionally.

For example, body camera reportedly captured Williams saying, "Did you see that s***? Did you see who hit them in the motherf****** face?"

"Was there some unprofessional comments being made? Yeah, there was. And they should face some type of discipline. Absolutely," Mata said. "But that does not rise to the level of sending someone to prison for 20 years. I’m sorry. It doesn’t."

The DPA also noted a charge in one of the cases against Williams was already brought to a grand jury, and the officer was no-billed.