Right now, Deep Ellum is in the Central Patrol Division for DPD made up of multiple neighborhoods. But coming this fall, there will now be a dedicated unit working out of Deep Ellum due to recent crime in the area.

DALLAS - The murder of a 20-year-old in Deep Ellum marked the fourth murder in the neighborhood this year.

Police have been working with the neighborhood association to increase safety all year. There's a plan in place to step it up even further.

Right now, Deep Ellum is in the Central Patrol Division for DPD made up of multiple neighborhoods. But coming this fall, there will now be a dedicated unit working out of Deep Ellum. 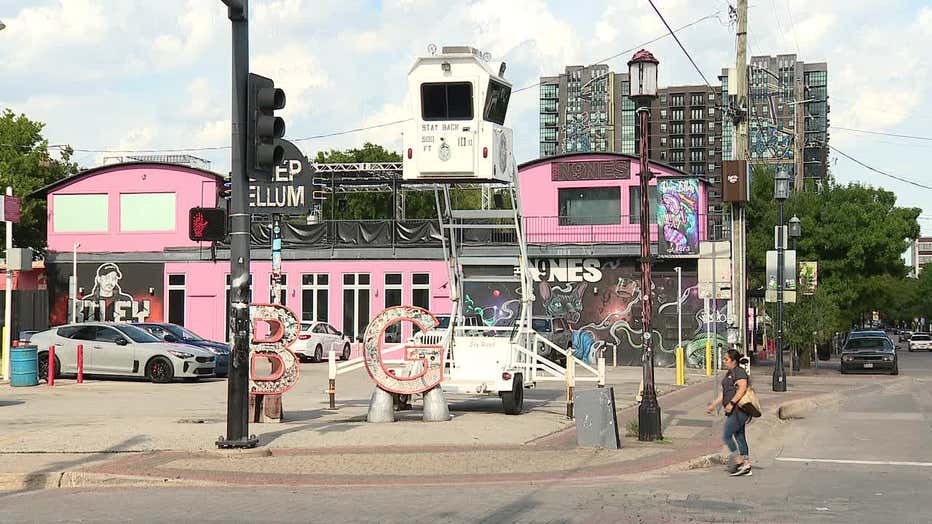 With the help of Dallas City Councilman Jesse Moreno, the Deep Ellum Foundation and the Dallas Police Department, a dedicated unit of DPD officers will solely focus on the safety of Deep Ellum coming this fall.

"When we have officers coming from different parts of town, they aren’t equipped with being able to handle crowds or, for example, know how to deal and handle this public intoxication incident," Moreno said.

Before, Deep Ellum was part of a police beat patrolled by a variety of officers. It’s still undecided how big the new unit will be or when will they officially hit the streets.

"My hope is that we should’ve started this yesterday, but it takes planning and cooperation," Moreno said.

It’s one phase of a 14-part Deep Ellum community safety plan that’s been in the works for more than a year now.

Moreno touts the plan is working when it comes to violent crime.

"I don’t have the year-to-date numbers, but overall crime is down in Deep Ellum," he said.

Also announced this week, the Deep Ellum Arts Festival is calling it quits after 28 years.

The founder of the festival cites economic conditions and safety concerns. He wrote, "I have become unable to move forward at this time without taking on unjustifiable personal financial and liability risks."

Moreno admits recently he’s felt heightened frustrations from businesses over safety.  So he says he went straight to DPD and Deep Ellum Foundation Executive Director Stephanie Keller-Hudiburg to expedite the creation of this unit.

"We need a specific focus on this entertainment district," Keller-Hudiburg said.

This year, there have been four murders in Deep Ellum. They all came after safety measures were implemented, including additional security cameras and street closures.

In May, two men were killed and three were wounded in a shootout over a previous feud.

In July, shots were fired inside a club, killing a man.

"We’ve seen apprehensions increase and people brought to justice much more quickly because we have provided the necessary evidence," Keller-Hudiburg said.

But justice couldn’t come soon enough for mother Angelaka Johnson.  Over the weekend her 20-year-old son, AJ Johnson, was shot and killed in Deep Ellum.  Dallas police released surveillance photos of the two suspects involved, hoping someone can help lead police to them.

"He is forever 20. Like this is it. This is it," Angelaka said. "It’s really bothering me, and I hope it’s bothering them, too. And I hope it’s tormenting them because I can’t sleep."

Next on the list for safety improvements in Deep Ellum is adding possibly permanent road closures and more cameras.