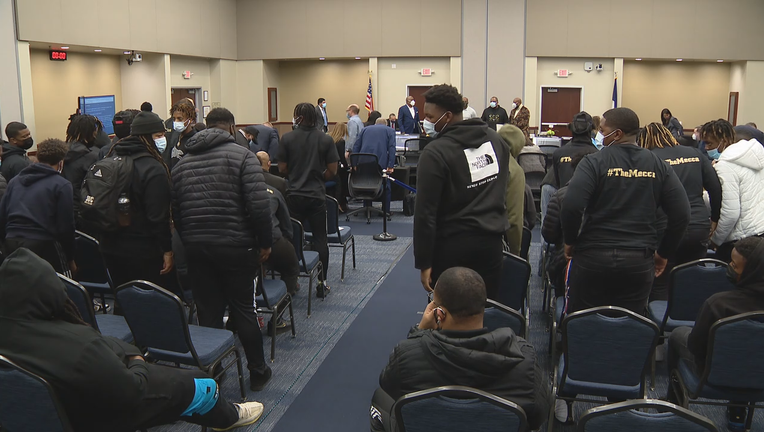 Head Coach Jason Todd was honored with a plaque on behalf of the board where he vowed his team would be back in the championship next year.

"This thing was not just about SOC. It’s about the whole district and all of Dallas," he said. "It’s good to be recognized and for these kids to see the people who is up top who make a lot of decisions for the community and the schools. Feels good to bring it back home."

Coach Todd said at Wednesday's meeting that it's time to hang the medals up and get back to work.