The state champion South Oak Cliff Golden Bears football team were welcomed as heroes at Dallas City Hall on Wednesday after their historic win for their school and the city.

DALLAS - The state champion South Oak Cliff Golden Bears football team were welcomed as heroes at Dallas City Hall on Wednesday after their historic win for their school and the city.

A ceremony was held and video tribute with notable names was played outside city hall and highlighted the win for South Oak Cliff, the first Dallas ISD school to win a football state title in decades.

Former Dallas Cowboys Super Bowl champions Charles Haley and Russell Maryland spoke at the event and offered some words of wisdom for the players currently on top. 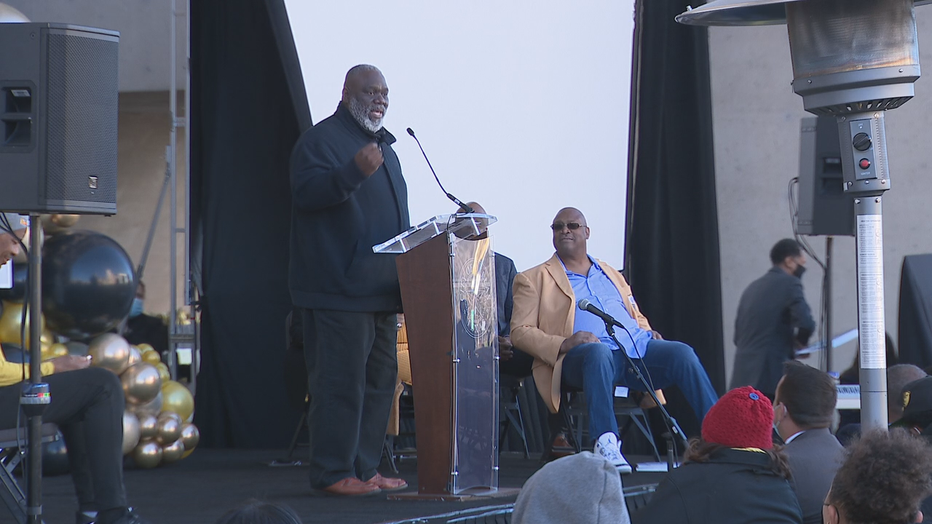 "It's not about white and black rich and poor. It's about haves and have nots. Those who have an education move forward and those who don't oh my God," Haley said.

"The next day you need to get in there, that film room, weight room, with all your coaches, and do it again, duplicate it in 2022. That is my challenge to you," Maryland said.

Well-wishes for the team came on video from legends like Emmitt Smith and Roger Staubach.

"I know you all have learned a great deal through this process. That learning will carry you for the rest of your lives," Smith said.

"Want to wish you congratulations on winning a championship," he said.

Coach Jason Todd said it’s been quite the journey to win a state title.

"For a couple of years while renovating the school, we were put in a temporary building and did not have adequate weight room or field to practice on, but we made it work. Never complained. Kids bought in and reaped the benefits when we returned to our campus this year," he said.

The South Oak Cliff Golden Bears brought home the championship trophy to a huge celebration in the streets Tuesday morning.