Dallas flooding forces photographer to second story of her loft

DALLAS - Flash flooding swamped parts of East Dallas and Fair Park, leaving some people waking up to flooding in their apartments.

When rainwater began to flood her Dallas loft early Monday morning, Steph Grant did what she does best as a professional photographer and began documenting the terrifying weather event.

"We cannot get out of my loft," she told her friends on Instagram. "All we can do is open the windows and stay up there hoping it doesn’t rise up to the second floor but send help." 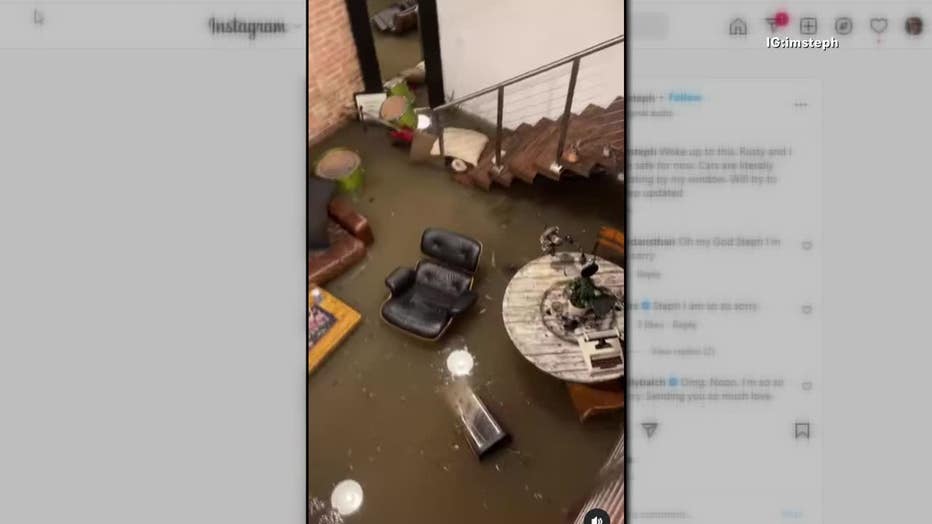 The water came in so quickly that Grant had to retreat to the second floor. She posted the play-by-play on Instagram.

"I woke up to this," she said pointing to the water. "Rusty and I are safe. They’re doing rescues in the area. I’ve got a bag packed a few hard drives were okay. I need to document this. Not even for insurance, but to make sure I’m safe. I live alone. There was no one coming to save us at that point."

Eventually, Grant was able to get her front door open. The water rushed down the hallway. Grant and her dog were safe.

"That’s all I care about and my client’s work. That’s the first time I cried," she said.

Cars in Grant’s parking lot were scattered around. An SUV floated onto the hood of a sports car. Her neighbors across the street faced a similar fate.

The artist behind the camera is still in shock from the early-morning soaker. Several paintings were ruined. Despite his own personal loss, he managed to check on a neighbor's place. It, too, was flooded. 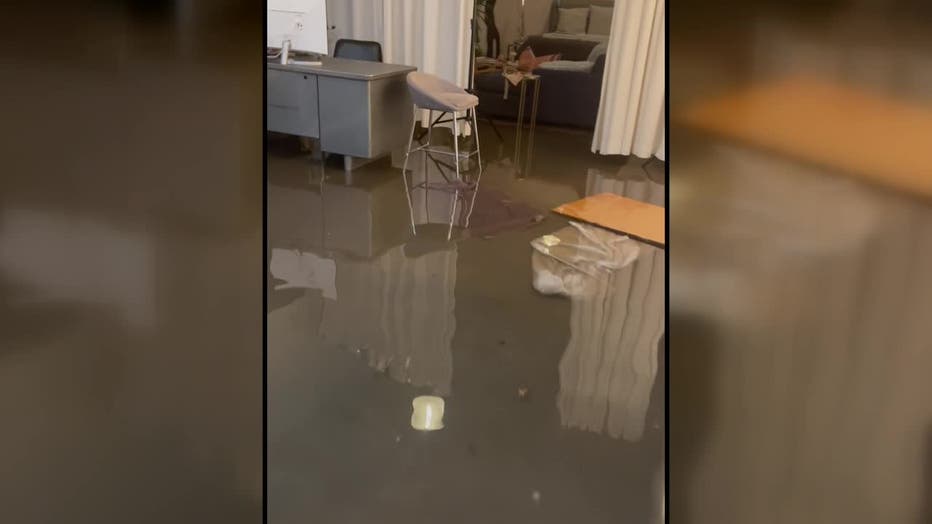 The resident that lives there is a musician with the Dallas Symphony Orchestra. Friends talked to her by phone.

"She had to swim to the car that was holding the violin so that doesn’t get wet," said friend Clay Thomas. "She started floating down the river on top of her car."

The violinist was rescued off the roof of her car by some neighbors. She's doing okay and managed to save her pricey violin.

Here's what to do after your car is flooded

The clean-up is already underway in the Dallas neighborhood near Fair Park.

Folks we talked to were grateful they weren't hurt.

"It is a reminder to live in the moment and appreciate what you have," Grant said. "I am just so thankful I was here and with my dog."