Vaccinations are now appointment-only for people over the age of 75.

It was a different scene Friday, for the first and only day of first-come, first-serve vaccinations for the same age group.

Helen Washington was there Friday, but said she was frustrated by the lengthy lines.

"But we were discouraged when we got here. It was just a madhouse," she said. "We turned around and went back home."

But she was back Saturday.

Friday’s first-come, first-serve approach was authorized after a breach in the online appointment system.

"The link was shared inappropriately by people outside of Dallas County to their friend network, on Nextdoor, in newsletters, and it led to younger people taking up all the appointments from the 75-pluses that we had targeted," Dallas County Judge Clay Jenkins explained.

However, not everyone learned it’s now back to appointment only. 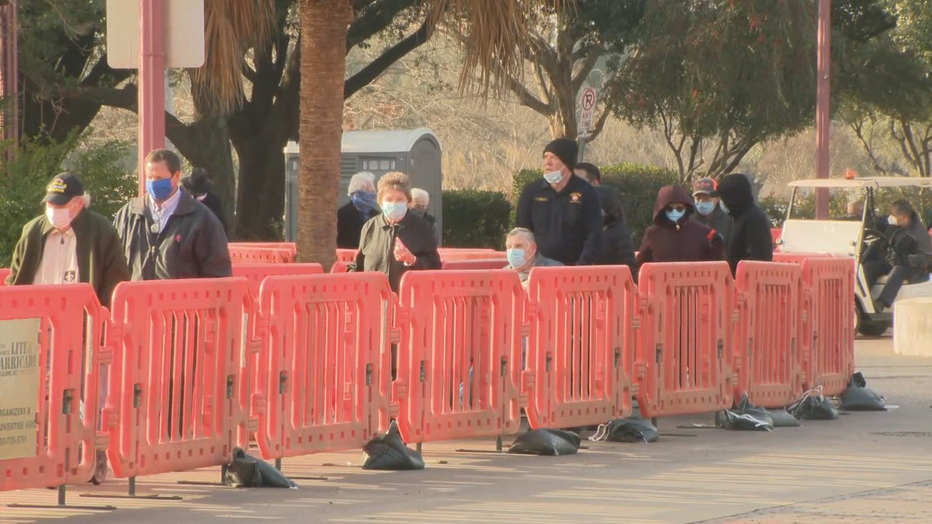 [REPORTER: "Do you have an appointment this morning?"]

County officials said they’ll soon be opening appointments to people over the age of 65.

There will be 9,000 shots given out next week, and there were more than 10,000 people vaccinated this week at the Fair Park site.

Over at Parkland Hospital, another vaccine event was held Saturday morning, with 1,200 doses allocated to walk-up recipients.

It started at 5 a.m., and the day’s allotment was gone within 45 minutes.

Linda Salsivar, who said her children work at Parkland, has been discouraged by wait times, but she made it to Fair Park Saturday because her children have insisted she gets vaccinated.

"I stood in line with my car before we got in here. An hour and a half," Ken Kronenberger said.

But plenty of people behind the scenes are working to deliver vaccines to the ones who need it most.

"We were a little discouraged when we first got here, but it started to move and we were okay," Washington added.