As construction on the silver line ramps up in Far North Dallas, the letter from the city manager to DART's CEO asks the transit agency to "strongly consider" the safety concerns being voiced by Dallas residents for years now.

T.C. Broadnax wrote a letter to DART's CEO urging the transit agency to make several changes to its plans for the stretch of the silver line that goes through Dallas.

As construction on the silver line ramps up in Far North Dallas, the letter from the city manager to DART's CEO asks the transit agency to "strongly consider" the safety concerns being voiced by Dallas residents for years now.

Chabeli and Guillermo Leija live on Davenport right next to the tracks DART is installing.

"They tell us one thing and do the other," Chabeli said. "They cut every single tree down when they agreed they were going to preserve that. Now, we are stuck with all the stumps."

The Leijas say they are encouraged by the letter from the city manager stating DART "shall include" city requested enhanced safety measures. 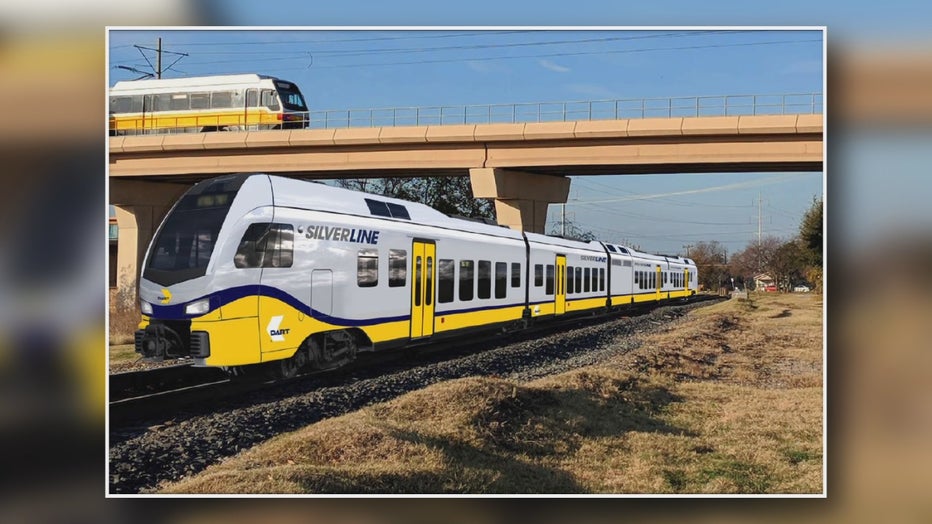 Last week, Dallas City Councilwoman Cara Mendelsohn showed us the safety concerns she has with at Grade Crossings at Meandering Way and Dickerson.

"I'm so thankful for the city manager, mayor and council colleagues who have come out to see it for themselves, andDal they say, ‘Wow, I see what the problem is,’" she said.

The letter from Broadnax is asking DART to consider making those crossing below grade.

DART Spokesman Gordon Shattles says the agency will be considering the city's requests and respond by April 30.

"We have gone above and beyond with safety and security," he said. "Twelve-foot walls were originally required. We increased that to 15 feet throughout the corridor."

The city's letter also requests more safety measures in its quiet zones where a train horn will only sound if someone is too close to the tracks.

"At Campbell, it descends steeply, and you don't see tracks until you are right on them," Mendelsohn said. "We've just asked for a lit sign letting people know the train is coming, and they said no."

Mendelsohn says DART needs the city to be on board.

"I hope DART will decide to be the hero and take the win. If they don't, at the end of the day, the city controls the quiet zones, which are essential for them to operate the train," she said. "I would hope we would not have to get there, but the city does have the power to apply or not apply for the quiet zones. The train would not be allowed to operate in Dallas without them."

The city manager's letter is not only asking for a written response from DART but also a meeting so the city and DART can determine "a mutually acceptable path forward."