There are demands that DART make changes to its planned rail line that will run through Dallas neighborhoods on its way from Plano to DFW Airport.

DALLAS - DART's new CEO agreed to go on a tour Wednesday led by one of the most vocal critics of the agency's plans to build the DART silver line, a 26-mile project through Dallas and six northern suburbs.

While FOX 4 was not invited on the tour with DART’s CEO, Councilwoman Cara Mendelsohn did give a tour of our own. She said one goal of North Dallas residents is for DART to move the train below the street in more locations.

Mendelsohn acknowledged she can't stop the train from coming, but she does want to make it better. She's also concerned about pedestrian safety at one of the rail crossings.

"Because all the kids in the low-income apartments, the kids walk to Frankfurt Middle School. 6th 7th and 8th grade unaccompanied," she said. 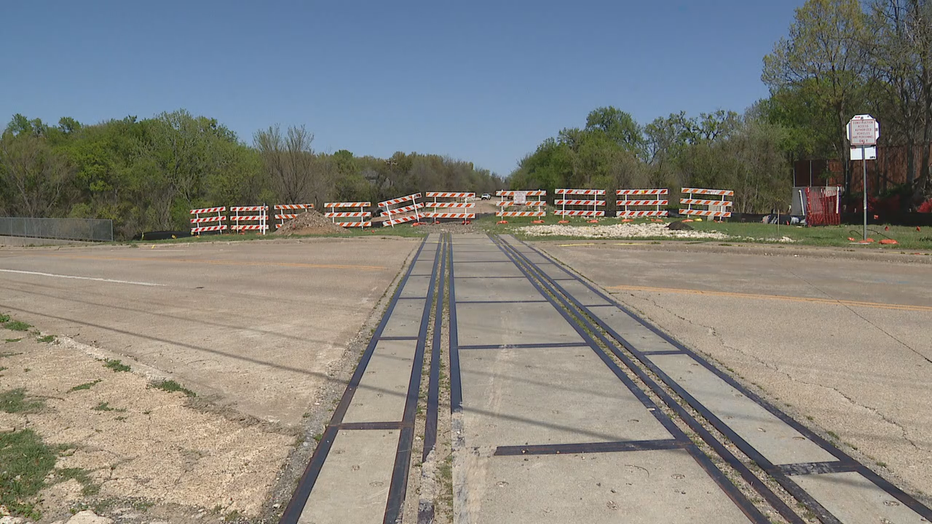 And then there is the spot at Meandering Way and Dickerson at the Preston Ridge Trail.

"Go stand on this line and spread out your arms and twirl. You can touch roads on Meandering Way, Preston Ridge Trail and Cotton Belt Trail all in six-foot wingspan. When you have people and cars and trains all together, it is a disaster waiting to happen," Mendelsohn said.

And since it is also a quiet zone, the train will not sound its horn as it passes through.

Maureen Schreier-Fleming is president of the area's homeowner's association. She believes it is a location where the train should be built to pass below the street.

"I would hate to think DART caused someone’s death as that will probably happen if DART keeps this at grade," she said.

DART Spokesman Gordon Shattles said the location did not qualify for a below-grade crossing.

"We looked at those numbers with a growth rate out to 2040. It still does not meet the requirement for below grade," he said. "Safety is our primary concern. Pedestrian gates, bells whistles, extensive education program."

Mendelsohn said one of the reasons why she cares about how the silver line is built is because it hits close to home.

"These are my friends. My family grew up here, will continue to be here. They deserve to have a safe community," she said.

Even though construction is already underway at some locations, the city still has to grant DART approval before it can begin construction through certain Dallas intersections.