Dallas Animal Services is asking for the community's help fostering, adopting and volunteering as they deal with a spike in euthanasia.

DALLAS - Dallas Animal Services' euthanasia rate spiked 86 percent in one year, and now the department is asking for the community to help with the issue through fostering, adopting or volunteering.

Webber says the distemper surge is over, but the space problems still remain.

The dogs are two to a kennel. Webber says it is for enrichment, but make no mistake the shelter is out of space.

"We really want to engage the community to come out and foster and adopt from us. We have a large dog capacity crisis," Webber said.

If you are having difficulty reading the graph click here.

The live release rate, which is the number of dogs that leave the shelter alive, is at 82%. It's the lowest since 2018.

The number of dogs brought from the field to the shelter is also at its lowest rate in five years.

While the total number of dogs brought into the shelter is up from last year, it is still lower than in 2020 when the live release rate was at 93%. 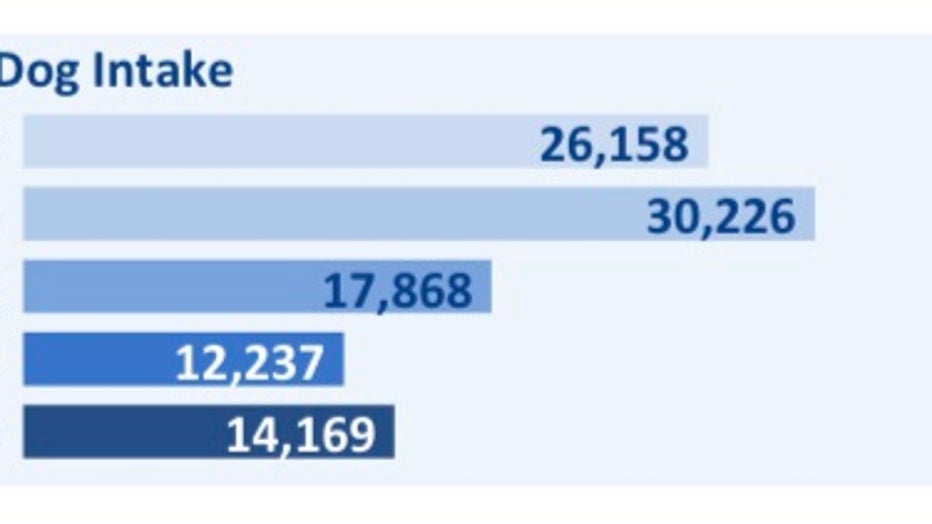 "I couldn't sit there, and every day talk about these dogs dying and do nothing!" Magro said.

She says she is not satisfied with the reasons given for the euthanasia.

"I don't know if it is a record, but it has to be. I'd never seen that many as long as I'd been on. We'd say what in the world is going on?" said Magro.

Webber says she is working on a plan that will be presented early next year. She says a big contributor to the crisis is a lack of staff.

"The more staff we have, the more engagement we can have. Pre-pandemic we had a hype coordinator, we had flyers on cars, signs, we're not in a place with staffing where we can do that," Webber said.

The director has secured pay increased and bonuses for Animal Control officers.

"Animal Service Officers as they find pets, the more they can get back to their homes they will get a bonus for that," she said.

Webber hopes to get Dallas back to the status of a no-kill shelter.

"I truly want to place every placeable pet, I don't know what the timeline will be." she said.

Webber says that is ultimately up to the community.

"You are truly saving a life," she said. 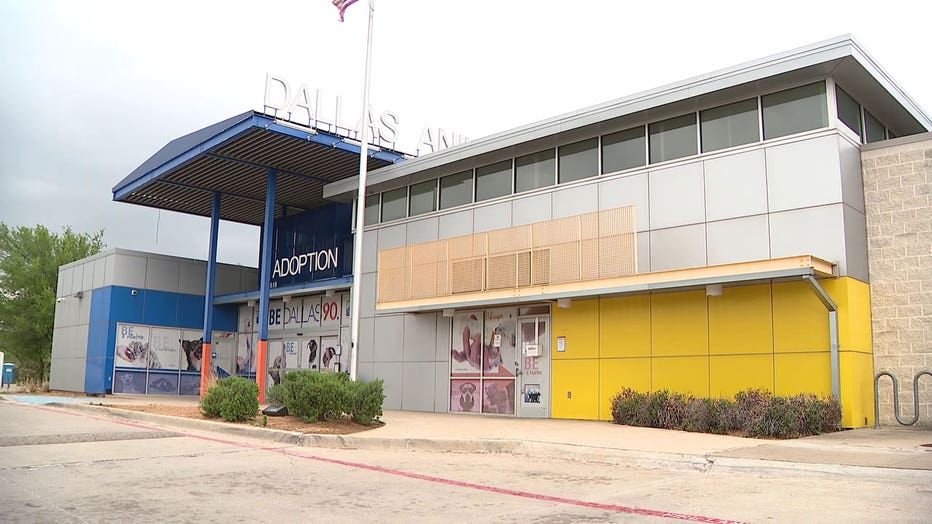 All pets are free to adopt. They are spayed, neutered, vaccinated and microchipped.

Dallas Animal Services says the best way to adopt a pet is to go to the shelter in person.

If you want to foster an animal, you can fill out an application online. Click the link here for more details.