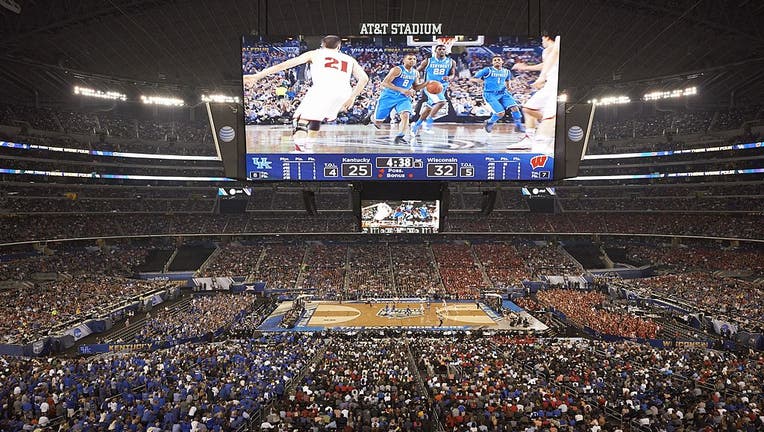 ARLINGTON, Texas - The NCAA announced Tuesday that AT&T Stadium in Arlington has been selected to host the 2030 Men's Final Four.

It is the third time that the men's Final Four is heading to North Texas.

AT&T Stadium hosted the event in 2014 and Dallas' Reunion Arena served as host in 1986.

"We are thrilled that the NCAA has again chosen North Texas as host of the 2030 Men’s Final Four," said Monica Paul, the Executive Director of the Dallas Sports Commission. "As we like to say, everything is bigger here in Texas. And when it comes to college basketball, nothing is bigger than the Final Four."

In addition to the 2014 Final Four in Arlington, AT&T Stadium also hosted a Men's Regional for March Madness in 2013.

"We couldn’t be more excited to welcome the NCAA, its institutions, partners, and fans back to North Texas and AT&T Stadium in 2030. Our region and its commitment to invest in the future gives us incredible assets to provide great experiences and create a lasting impact with the Final Four. We are ready for basketball’s greatest game i  2030," said Cowboys owner Jerry Jones.

The Final Four is just one of several large events coming to North Texas in the coming years.

The announcement comes just one day after the NCAA announced that Dallas will host the 2031 Women's Final Four.

Earlier this month, Major League Baseball announced Globe Life Field in Arlington would be the site of the 2024 MLB All-Star Game.

Arlington is also one of 16 North American host cities for the 2026 FIFA World Cup. AT&T Stadium is also a candidate to be the location of the World Cup Final, which has not been announced.